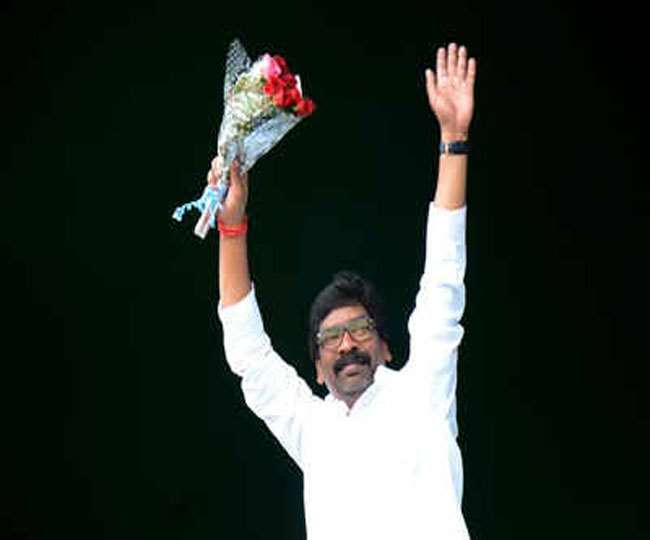 *Picture Courtesy and Credit to news247plus.com

The media management of Hemant Soren seems to be successful. In other words, he has managed the media and gained the support of many people, it is learnt.

Apart from billboards that keep changing colour and format of his face and quotes almost every day, his statements in Twitter were equally eliciting a positive response.

The media management personnel have been working since past one year 24X7. They comprise young, highly qualified and imaginative men who have their 'war room' inside Soren's official bungalow, it is learnt.

Now, when he is the Chief Minister after having taken the oath, Soren's tweet that instead of offering him a bouquet of flowers, his supporters should hand him books, has hit the headlines in print, electronic and social media.

After securing majority the coalition parties led by Soren ousted the BJP government led by CM Raghubar Das and took the oath of office of the CM of Jharkhand for the second time on Sunday.

Prior to this many of his supporters stood in a queue and offered him a bouquet of flowers. In response to this, Soren's media management team took note of it. And soon, Soren on Friday tweeted that he was overwhelmed by  'love and wishes' delivered to him by his supporters in the form of flowers. So he tweeted, give me  'books'.This tweet of Soren won the heart of many supporters of the coalition government.

However, challenges before the CM are far too many. The state government is suffering from a serious economic crisis. The debt burden is high. The revenue intake is low. And as such, it may find it difficult to meet the establishment cost-pay salaries to officers and staff.