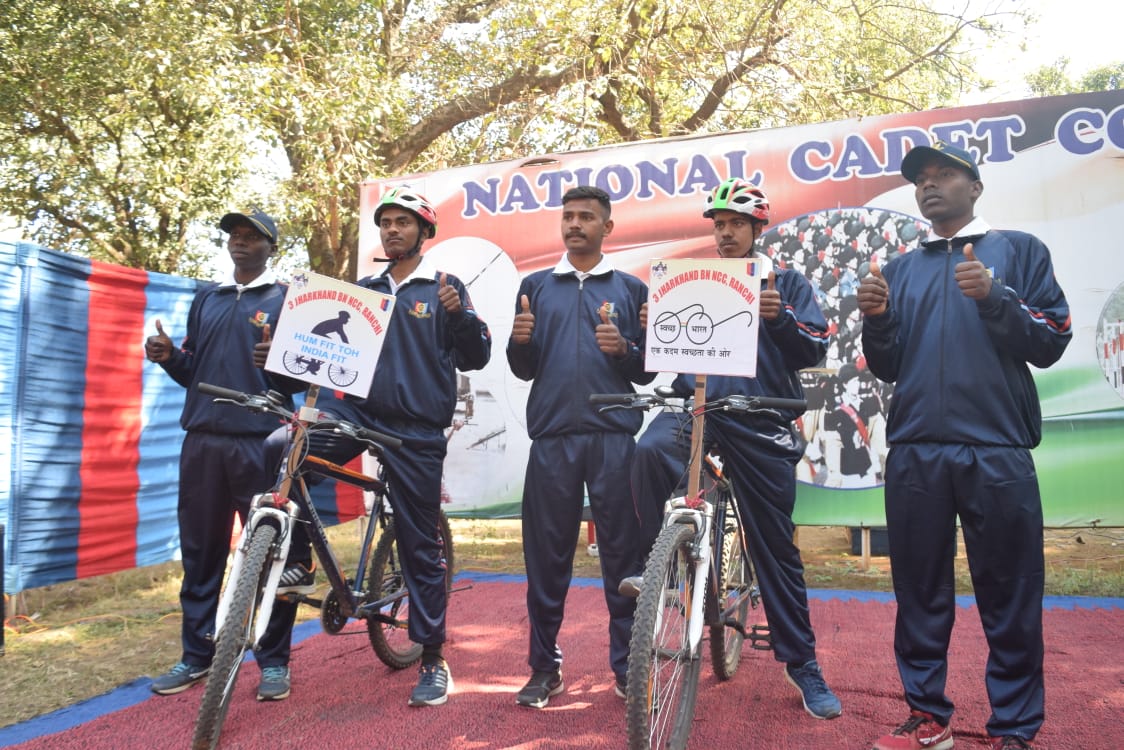 Cadets from Ranchi and Hazaribagh Group participated in it.  He said that the relay cycle expedition was started on 24th November 2019 on behalf of Bihar-Jharkhand Directorate, Patna, from Ranchi  which was concluded today.

Brigadier SK Prasad praised the determination and indomitable courage of NCC cadets who have successfully completed this bicycle expedition regardless of challenging weather and paths.

Brigadier S K. Prasad said that the main objective of this bicycle expedition was to develop the spirit of adventure, sportsmanship, mutual trust and harmony among NCC cadets, as well as reaching out to the local people of all the districts of the state and spread awareness regarding swachhata.

Prasad said that during this program NCC cadets made the youth and society aware of social issues like drug addiction , Beti bachao, Beti padhao, and Swachh Bharat Abhiyan.