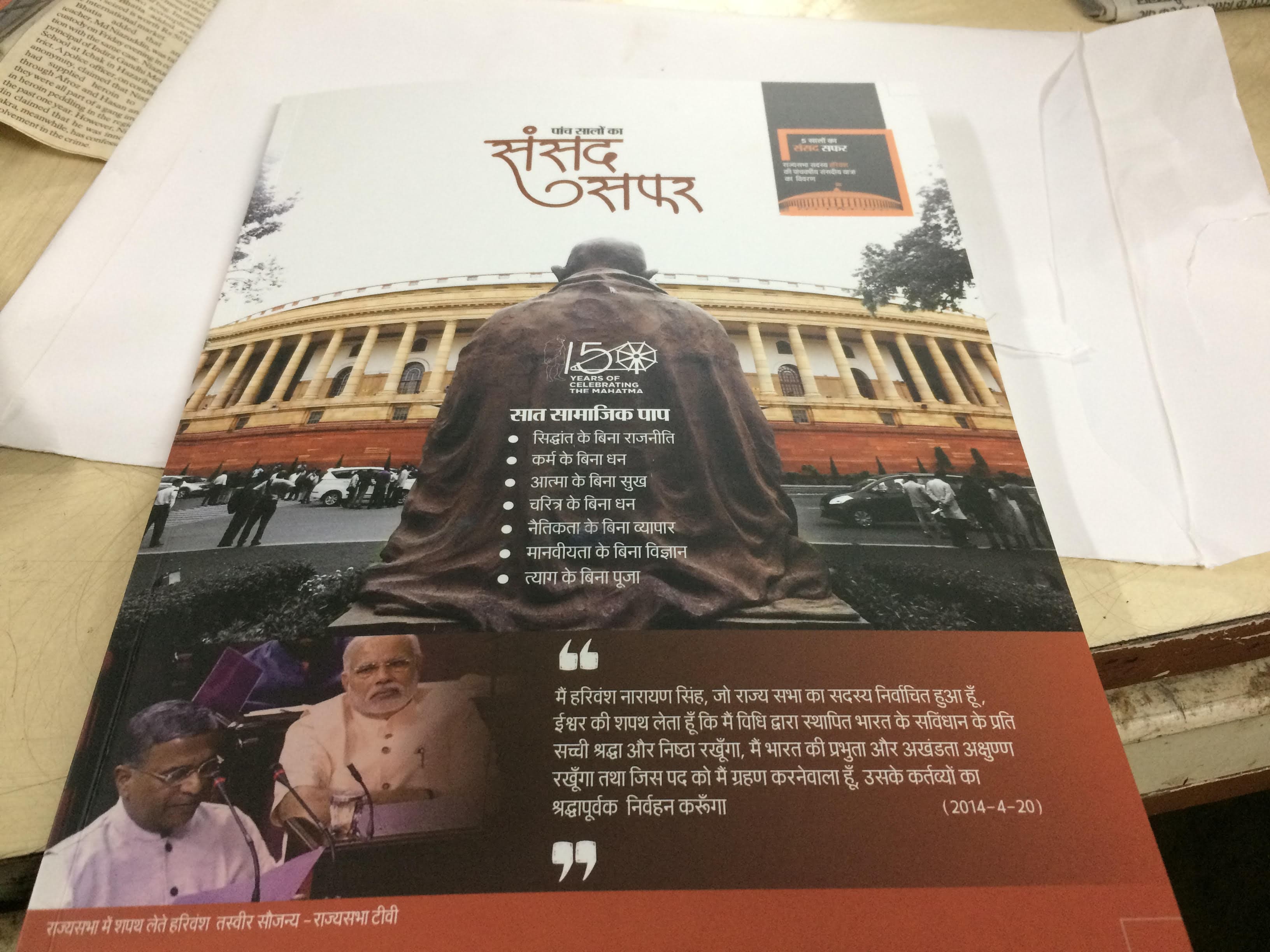 On Thursday morning, members of Morning Walkers inside the IAS club in Ranchi got a booklet in Hindi under title-Panch Salon Ka Sansad Safar(Five Year Parliament Journey).

Nothing extraordinary about the booklet, except that the author is former journalist,sixty-four-year-old Harivansh Naryan Singh who became a popular RS Member and its Deputy Chairman.

In fact, Journalism was Harivansh's profession for over 30 years.During this long period, he is credited to have turned the wheel of a reader- less Hindi newspaper Prabhat Khabar.So much so that it gained the high status of a largest selling Hindi newspaper in eastern India-especially Jharkhand.The newspaper was known for investigating many high-profile stories, including fodder scam.

On April 10, 2014, Bihar CM Nitish Kumar led Janata Dal (United) nominated Harivansh to the Rajya Sabha from the state of Bihar for a six-year term. With the support of the NDA, he was elected as Deputy Chairman of the RS on August 8.

Almost three months before he retires as RS MP on April 10,2020, Harivansh preferred to print a booklet on himself, narrating his own achievements in professional life. Its worth looking at and reading to analyse how a journalist became an RS Member; what he did as RS MP.; what, how and why of the MP- fund expenditure.

*Happiness without a soul