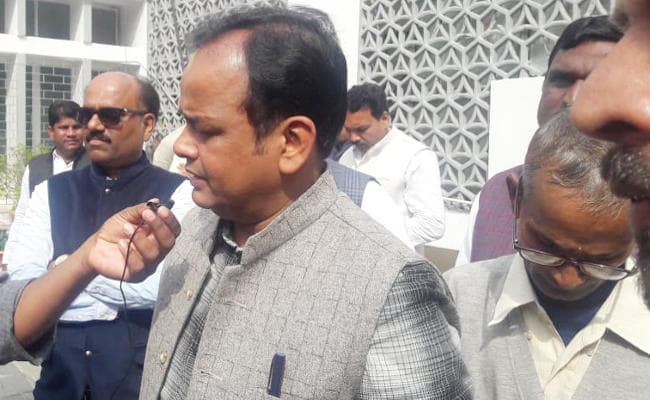 Concluding day of the three-day session of the Jharkhand Assembly witnessed uproar, a conflict between the ruling coalition comprising JMM, Congress and RJD and the opposition BJP.

The issue had made headlines in the past few years for a series of mob lynchings, mostly over cows, an animal considered sacred by Hindus.

Most victims were Muslims and lynchers were Hindus.

Now, since the BJP government is out and JMM, Congress and RJD government led by Chief Minister Hemant Soren was set up, the mob lynching cases were tossed up by the ruling coalition MLAs.

On the floor of the House, the uproar surfaced after Congress MLA Irfan Ansari charged the previous BJP government of murder in the form of mob lynching. In turn, BJP MLAs demanded an apology

"BJP government had indulged in murder. During the past five years, many incidents of mob lynching had taken place. The new government will inquire into all these mob lynching cases", said Ansari.

In response, BJP MLA Amar Bauri said, "you have the government power. Get investigation done, but don't have arrogance...With this kind of statement,selfish-opportunists will gain weight."

An investigation was carried twice, but the then BJP government influenced it and demanded a neutral investigation into Tabrej Ansari's lynching case.