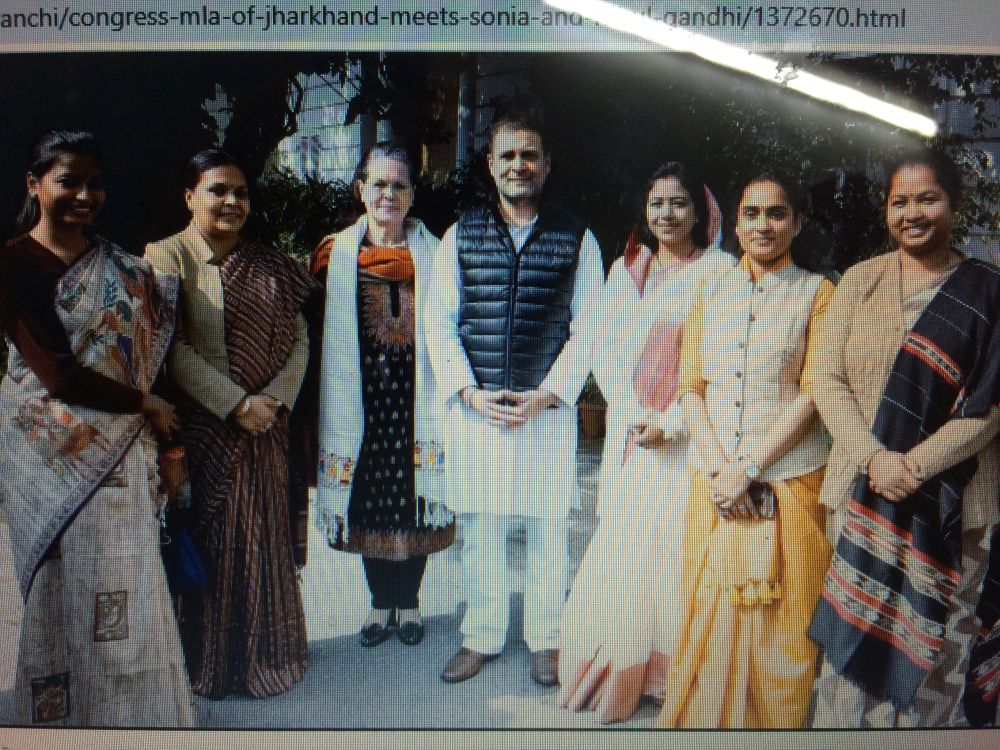 At a time when coalition government led by JMM acting president and CM Hemant Soren has not been able to form a team of his Cabinet,16 Congress MLAs from Jharkhand met their party president Sonia Gandhi and its leader Rahul Gandhi in New Delhi today.

Soren is learned to have reached out to the Congress central leadership, seeking its intervention to sort out the problems connected with the number of Ministers and allocation of portfolios.

Apart from the demand for two more Ministers, Congress wants important portfolios such as Home and Excise. This was not acceptable to Hemant Soren

Be that as it may, Sonia and Rahul today wished their party MLAs and advised them to perform in serving the people. Later they stood together for photo ops.

On December 29, Soren along with Congress MLA and Legislature Party leader Alamgir Alam, its MLA and state Congress president Rameshwar Oraon and RJD MLA Satyanand Bhogta were sworn in as state Cabinet Ministers. So far portfolios were not given to them.

Neither, Soren could expand his Cabinet where he was legally entitled to have 12 Ministers including himself in 81-member House. The delay was largely due to the tug of war between the JMM and the Congress over the number of Ministers each should have.  .

.In Assembly polls 2019,JMM, Congress and RJD had won 30,16 and 1 seats respectively. Insiders say Congress led by its Jharkhand representative R.P.N Singh wants five Cabinet Ministers and important portfolios such as Excise, Mines and Home. This was not acceptable to Soren.