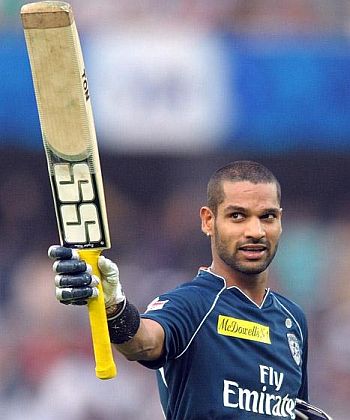 India has got a top class batsman Shikhar Dhawan.

On the third day of the third test match between India and Australia Dhawan slammed the Australian attack to shreds today in Mohali notching up a record unbeaten 183.

This earned him a place in the record book as he is the fastest Test century on debut and also the highest ever score by an Indian in his maiden Test.

Remarkably, Dhawan’s looked confident all through.Not to forget should be the fact that Murali Vijay has been a strong support that has made the southpaw comfortable to play his shots.

On the fourth day when India will resume batting it will have to catch up with the Australian total by 125 runs with 10 wickets in hand.