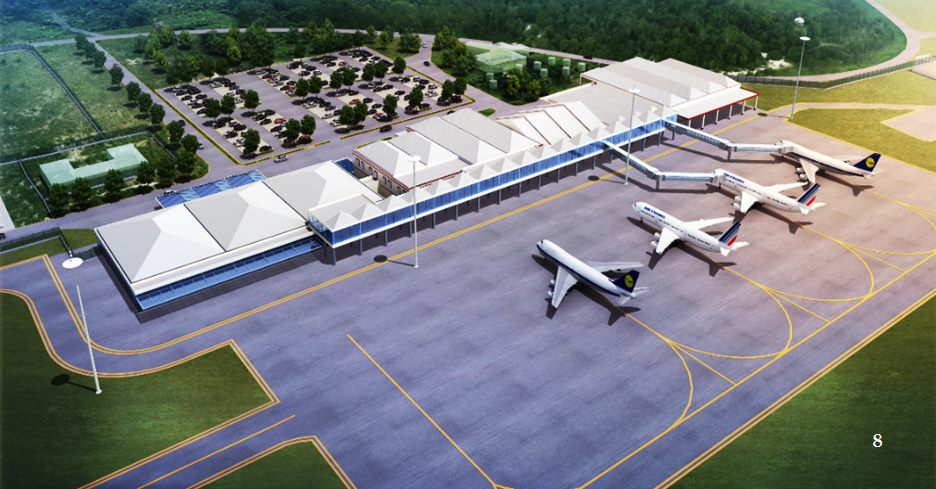 In 2019 the MoU signed between the Airports Authority of India and the Jharkhand Civil Aviation Department aimed to build Rs 100 crore airport at Dalbhumgarh in East Singhbhum district,60 km from Jamshedpur.

In 2020, the project hangs in the air. Since the AAI has not made any forward move, the state government of Jharkhand awaits central clearance to begin construction work, it is learnt.

Dalbhumgarh was the location where the British government had constructed airfield for World War II. The AAI and the state Aviation Department planned to begin the airfield project afresh on the abandoned World War II airfield.

Records revealed that in the 1964 Survey Settlement, the land on which the Dhalbhumgarh airstrip existed was brought within the ambit of the forest department which does not want to clear it for the airport. However, if Divisional Forest Officer Abhishek Kumar is to be believed the state forest department has already forwarded its recommendations to the Government of India for obtaining clearance for Stage I.

"The government clearance for Stage-II will proceed only after we receive a nod for Stage-I," he said. More, diversion of forest lands for non-forestry use, under the Forest (Conservation) Act, 1980, is accorded in two stages. They are Stage 1 or in-principle approval which mandates conditions to be complied with for the issue of the subsequent Stage 11 or final approval.

Construction of boundary walls can begin after receiving the clearance for Stage-I, it is learnt. Since a major portion of the land for the airport belongs to the forest department, "Elephant movement is there, particularly in areas bordering West Bengal, but it is not an elephant corridor," the DFO said.

The information generated in New Delhi indicates that "an expert panel of the ministry of environment, forests and climate change has recommended to put the proposed airport on hold because it will affect animal corridors and increase the risk of man-animal conflict in Jharkhand-Bengal border region."

The proposed airport can provide air links between Jamshedpur and Chaibasa and Ranchi/Patna/Delhi/Kolkata. Moreover, Dalbhumgarh falls along the NH-33.

In fact, the BJP government's ex-Chief Minister Raghubar Das had laid the foundation for the proposed airport on January 24, 2019 with a 1,745m x 30m runway as part of the first phase of the project. As per the plan, the airport was to be set up in two phases for which officials from Airport Authority of India (AAI) had visited Dhalbhumgarh in November 2019.

Responding to a query on "uncertainty" about the project, the DC said, "I have no such information."We are waiting for clearance for Stage-1 and Stage-11 which will require time between six months and nine months. Work will begin only after that."

The project will benefit the tribal people and businessmen of Jharkhand's Kolhan division and areas bordering Odisha and West Bengal. Whether JMM led coalition government and CM Hemant Soren will move forward and pressure the BJP government led by Prime Minister Narendra Modi to clear the Dalbhumgarh airport project, remains to be seen.