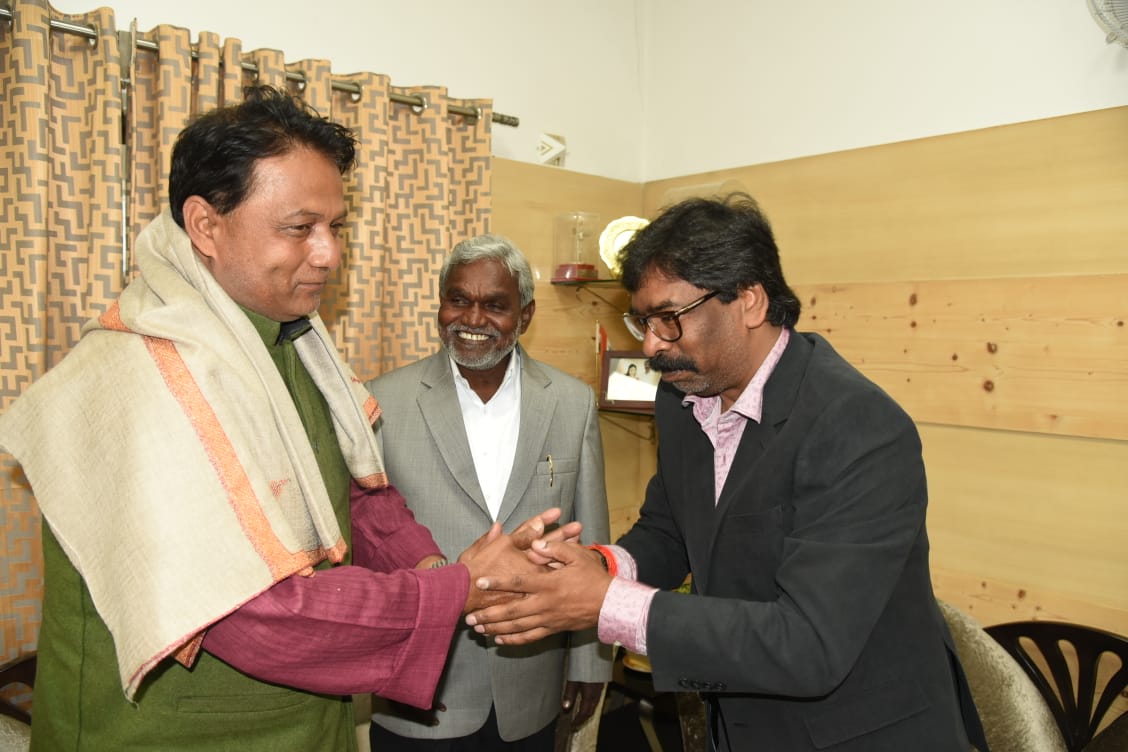 Shashadhar Acharya, selected for the Padma Shri award in the year 2020 under the leadership of Minister Champai Soren, had a courtesy meet with the Hon'ble Chief Minister Hemant Soren, today.

It is known that Guru Shashadhar Acharya will be awarded the Padma Shri this year for his remarkable contribution in the field of Chhau dance.

The Chief Minister also congratulated Madhu Mansuri Hansmukh selected for Padma Shri award and said that a strong picture of Jharkhand has emerged on the globe from his singing and writing.

The Chief Minister said that the selection of these two names for the Padma Shri Award will be the honor for the state.