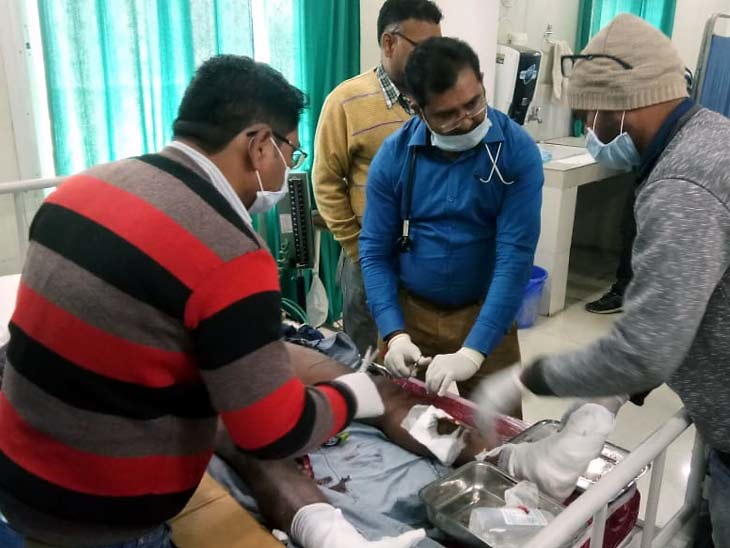 The workers of the National Thermal Power Corporation were injured on Thursday when 39 Tonne iron angel of NTPC Unit 2 fell.Two of them died on the spot while three others were undergoing treatment in hospital in Chatra.

The medical condition of one of them was reportedly 'critical.'

The deceased were identified as Palamau based Arjun Kumar Yadav(30) and Garhwa based Babulal Choudhary(32).Three injured who were undergoing treatment in Chatra hospital were Deepak Kumar,Surendra Choudhary and Ramanuj Ravi.Surendra was in critical state,said a doctor.

NTPC is constructing a Boiler.During construction,39 Tonne iron angle was being lifted up when its nut broke and it fell."This angle fell from 75 feet height causing death of two workers and injury to three others",said an eye witness