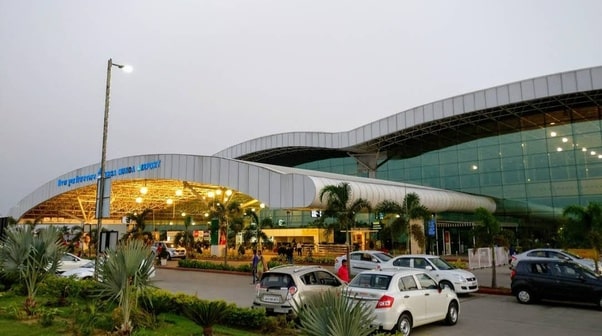 The Modi government plans to expand Birsa Munda Airport in Ranchi. The plan proposes to develop a number of facilities for the airport, passengers and air service providers.

Right now Ranchi Airport is located over a 301 acre Government land. The plan is expected to be implemented after it is tabled in the Modi government Cabinet and it approves it, it is learnt.

In any case, it is the largest airport in Jharkhand. As per the plan, its runway has to be extended. More, it has to increase the length of the basic strip and construct an isolation bay on the extra land that will be allotted to the Airport Authority of India (AAI) by the state government after the Cabinet gives its nod to the expansion plans.

Airport Director Vinod Sharma has said that the Birsa Munda Airport at present has a 75 meter basic strip. It is the minimum length required for any airport. The length of the basic strip is planned to be increased to 140 meters once the expansion plan is approved.

“The draft has been prepared and we are waiting for the Cabinet’s approval. Things will start taking shape only after the Cabinet takes its decision,” Sharma said.

He added that there were a few mandatory parameters, which the airport needs to fulfill.

One of the parameters is a secluded isolation bay. In case there is a threat of a bomb being planted in a flight, it is taken to the isolation bay, which has to be away from the rest of the bays for safety reasons. “Right now, we do have an isolation bay, but it is not at a secluded area,” said the Airport Director.

The Airport Advisory Committee (AAC) recently decided to use funds from Corporate Social Responsibility (CSR) treasury of the airport to rehabilitate the villagers, who had lost land due to construction and expansion of the airport and beautify the villages surrounding the airport.

The Birsa Munda Airport is fast growing in terms of connectivity with other cities. The largest airport in Jharkhand already has 30 flights connecting Ranchi to important cities like New Delhi, Mumbai, Kolkata, Bangalore and Hyderabad. The airport also has an international bay but is yet to get any international flights. The increasing passenger traffic in Ranchi demands for better facilities and the AAI is consistently working on finding new ways to enhance the travel experience of passengers.

More, the airport authorities in Ranchi have already floated tenders for restaurants and bars on the airport premises. Besides, several shops and showrooms have come up in the airport terminals in order to provide entertainment, refreshment and quality shopping experience to passengers here.