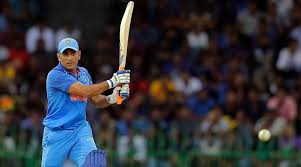 Prince of Jharkhand, Mahendra Singh Dhoni is on Cloud 9.Why?Being Chennai Super Kings captain he is set to start training in Chennai from March 2.

Dhoni will be undergoing training together with other players ahead of season-13 of the Indian Premier League (IPL).

Dhoni,38-year old, whose future in the game has been a subject of intense speculation since the ICC 50-over World Cup in June-July last year, will start training at the M A Chidambaram stadium for the upcoming IPL.

The IPL 2020 begins with a match between CSK and defending champion Mumbai Indians in Mumbai on March 29.