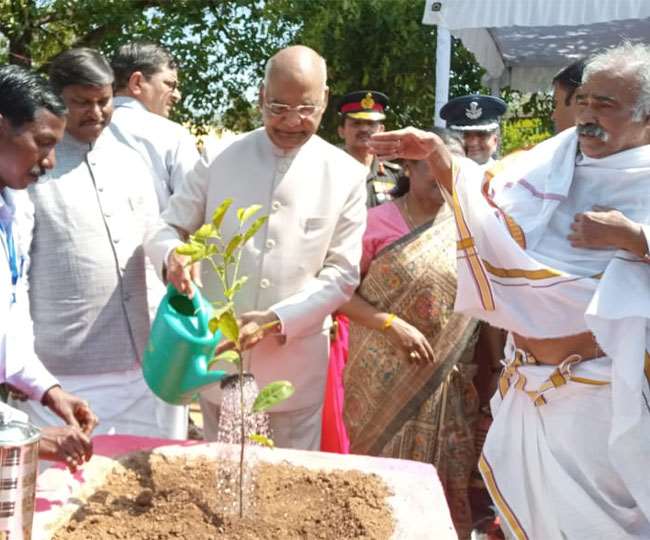 *Seen in Picture are President Ram Nath Kovind and on his left(in white dhoti and shawl) Padamshree Ashok Bhagat.

President Ram Nath Kovind who completed his two -day visit to Jharkhand, has left behind a baby tree which he had planted inside the NGO- Vikas Bharti campus in Bishunpur block in Gumla district of Jharkhand.

Vikas Bharti is founded and managed by Padamshree Ashok Bhagat who accompanied President Kovind while he planted the sapling.

President Kovind is on record talking about the importance of value-based education.

"My advice is for teachers to make students good human beings", he opined at Vikas Bharti in Bishunpur, Gumla. Most members of the audience who were Adivasis clapped.

More, the President said that the Centre and state governments have taken several initiatives in education."Every person should take benefit of such schemes", he suggested and expressed happiness for meeting tribal community members.