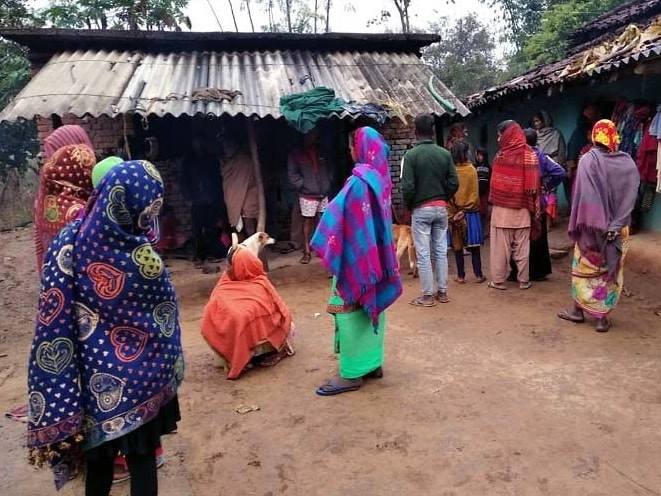 *Seen are women who had gathered outside Bandhani Oraon's hut near Itki, Ranchi. Image credit bhaskar.com

A tribal woman was trampled to death by a wild elephant in Jharkhand.

Bandhani Oraon, a resident of Dola village near Sugda forest area under the Itki police station area in Ranchi, was returning home with a group of friends after attending a marriage party on Friday night.

'As these four women reached Sugda village, a wild elephant launched an attack. Since Bandhani was older than the other three women, she failed to run. The elephant trampled her to death', recalls an eye witness.

According to the police, three survived whereas Bandhani's mutilated body remained along the roadside the whole night. This morning the police recovered the body and sent it for post mortem.