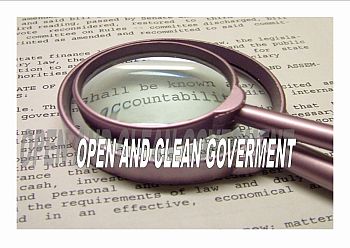 By appointing the Congress leader Mani Shankar as chairman of the Jharkhand State Pollution Control Board,Governor Syed Ahmad is indicative of the “Congressisation of the President’s Rule”in Jharkhand,say BJP leaders.

They were reacting to the expose by two media bodies-Prabhat Khabar,a leading Hindi daily,and www.JharkhandStateNews.com-on Sunday revealing that Governor Ahmad had appointed the Congress leader Mani Shnakar as chairman of the Board,violating the Supreme Court’s directives.”He(Governor Ahmad) had been selecting the Congressmen and assigning them works”,BJP leader Dineshanand Goswami told mediapersons.

“Mani Shankar does not carry the requisite qualifications to be appointed as chairman of the Board”,added Goswami.Another BJP leader Sanjay Seth said:”The Governor Ahmad was working at the behest of the Congress leaders in New Delhi.”