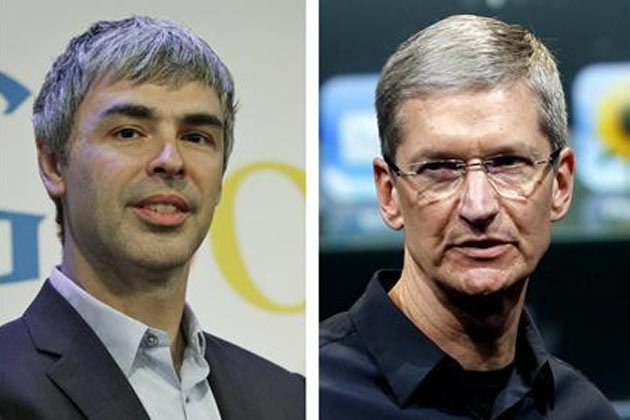 When two giants of the cyberspace talk,earth rumbles.This is what happened recently when Google Inc CEO Lary Page and Apple CEO Tim Cook held behind the scenes conversations on a range of intellectual property matters,including the ongoing mobile patent disputes between the two companies,according to reports.

Whether or not this leads to any pact between the two,the staff of the two companies were also discussing the same matter generating speculation that Lary and Cook were out for a truce in the larger interest of their global business.