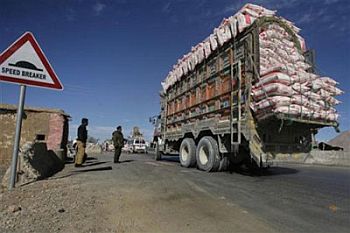 Police is still not aware whether 100 detonators and 130 packets of gelatin sticks recovered from a truck near Bahadurpur in Jharkhand’s Bokaro district on Saturday night were meant for the Maoists.

The driver of the truck and two others who were arrested had told the police that these explosives were to be supplied to stone crushers in Pakur.

”We are not sure if these people were telling the truth”,said a senior police officer.

There is a reason behind the suspicion of the police.Though the driver had furnished the papers of the gelatin sticks,he had failed to show the same for 97 detonators.

The truck starting from Khunti was going to Pakur,a district dotted by stone crushers.Each of these crushers used explosives to blast the rocks for producing stones.