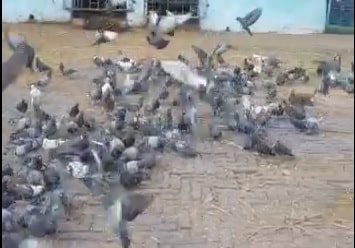 While people were indoors on the fourth day of 21-day long Lockdown announced by Prime Minister Narendra Modi, roads, offices market complexes were free from pollution.

So much that air was clean, roads were empty without any sound pollution and mind-boggling traffic problems. The earth looked beautiful.

Trees and plants were loaded with birds at Morahabadi Maidan in Ranchi. Even at the green ground of the Jharkhand Civil Service Officers Association Institute pigeons, parrots and Mainas were chirping, flying and sexing openly.

They looked as if they were on Cloud 9 experiencing the essence of freedom, a feature absent during any normal day when millions of humans, their noise and ear-piercing sound of two-three- four- ten tyres vehicles caused sound and air pollution.