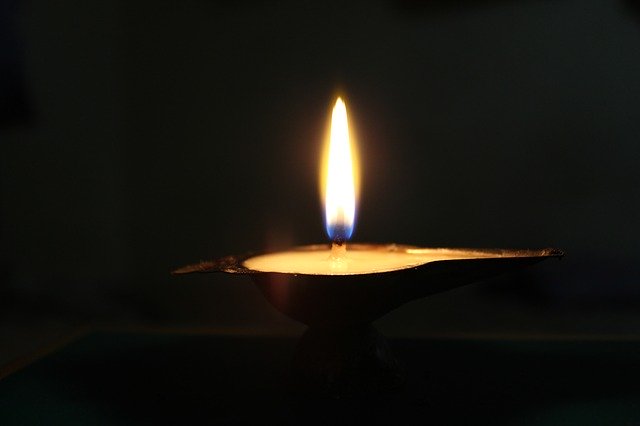 "We will light the candle to light up India against COVID-19 virus for ourselves", says a school teacher echoing the sentiments of scores of other citizens in India.

"Why should we light up a candle. We will not", says a shop keeper expressing the opinion of others who constitute a group of critiques.

The opinion may differ among 130 crore people of India on the double nine "9 PM for 9 minutes light the candle" on Sunday night appeal by the Prime Minister Narendra Modi to express and display unity against the Coronavirus pandemic.

In any case, his appeal has already sensitized common citizens who adhere to the spirit of India on the eve of light the candle call by the PM in India today.

In fact, Narendra Modi is dealing with an exceptional crisis. No PM has had to face such a situation that has impacted every part of India and every aspect of life. If a family member is seriously ill we get shaken. Here, his 130 crore people are at risk.

If the lockdown doesn’t succeed then he gets targeted. If it does still he gets targeted because the economy is hit. If he didn’t call for a lockdown then he would’ve been hounded for lethargy even if it had kept the economy going. He is always at the receiving end.No?

Forget that. Imagine for a moment you are a decision-maker in India. You call for a nation of 130 cr to stop work. For the poor to risk going without food. The rich cry their earnings have stopped and their lifestyles thwarted. Middle-class says ‘you’re not doing enough to help us financially.’ Again, primarily it is criticism.

Yet, an almost 70-year old man who lives in his room alone and eats vegetarian Khichri bears the weight of 130 cr people and expectations many times that without flinching, without digressing, without levelling accusations at other, and without giving excuses. Yes, it is his responsibility as PM, but he too is human. The pressure. And how is confronting?

Despite all that he does with single-minded concentration for the nation, something that is unparalleled in Indian history. Modi never once asks for praise. One after the other he’s dealing with India’s core issues, and then to add problems comes to the Corona.

This thread is simply an opinion. I felt that if I were in his shoes I’d be terrified at the daunting problems the nation is facing.

I simply thought of thanking PM Narendra Modi for his alertness, his humility, and his pragmatism. More, we must stand with the PM Modi and the country in the larger interest of the nation.

( Writer who is a retired civil servant does not want to be named).