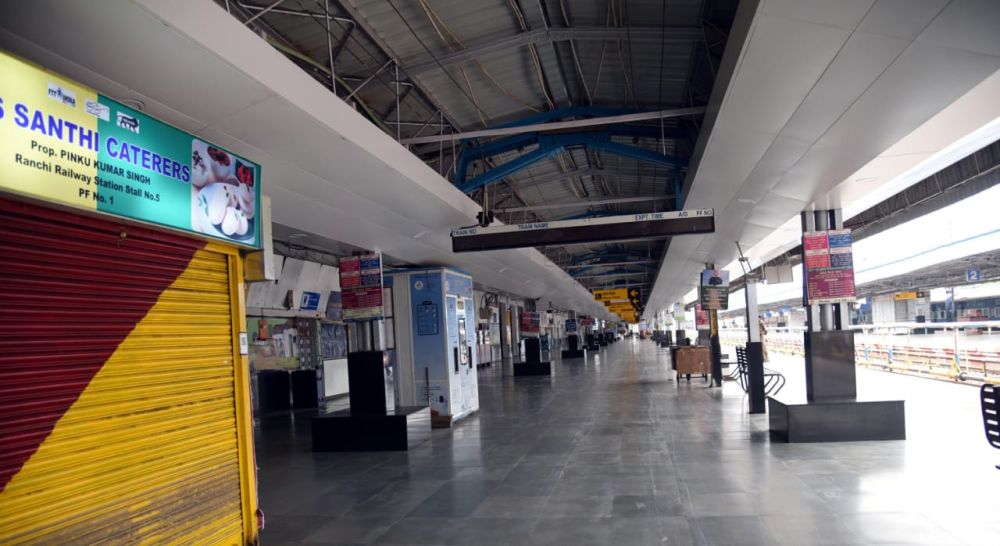 *All images by Manoj Kumar Srivastava

The main railway station in Ranchi, capital of Jharkhand, is a single storey building that has witnessed a crowd of passengers waiting for long to board the train.

The crowd comprised parents, their children, construction workers, managers, pilgrims, businessmen and women, pilgrims, lawyers, students and professionals. They always stood in groups of travellers from across India.

All of them have waited in their homes, only in vain for more than three weeks for trains to start plying. This did not happen. All of them have one thing in common: They were all stranded unable to travel in India by trains which carried 23 million people every day. Some of them were from Ranchi.

Today the station is empty. Vendors, passengers and railway staff were absent due to ongoing strict nationwide lockdown to combat the spread of the novel Coronavirus.

Ever since the lockdown began, passengers, vendors and coolies have spent their days confined to their homes, unable to get into their journey.

In some ways, they are lucky. Even the station staff, accustomed to handling hundreds of passengers a day, have busied themselves taking care of their fewer staff on duty. But the movers who exhibited their sweeping, cleaning and singing skill to earn from passengers on board of the trains, are struck."Is this life", asked Laxmi Devi,58, a mother whose one baby child is waiting for her to board the train to earn and feed her.

" We have nothing to do", she cribs as the child waits for the food to be served by her. They are not an odd case.

Like them there were many men and women who have lost their source -trains-of earning and we're running from pillar to post to eat. " I had never seen and experienced this kind of misery and starvation in my life", said another self-employed train sweeper while sitting under the shade of a tree outside Ranchi Railway station.

Sadly, though there were many government functionaries. railway officers and activists in Ranchi. None of them have come out to provide food to them. www.jharkhandstatenews.com warns that many in this station 400-500 will remain hungry while trains were stranded.

Note: These photographs were taken by Manoj Kumar Srivastava who moved around Ranchi Railway Station on April 18, 2020, to record the scene prevalent there during the lockdown to prevent the spread of Coronavirus.