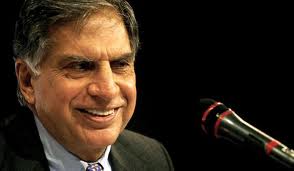 Tata Group,India’s industrial pride,are gearing up to accord a memorable farewell to its chairman Ratan Tata who is set to retire by the end of this year.The farewell is planned to be accorded to him in December.

The same day his successor Cyrus Pallonji Mistry, who is the current Deputy Chairman, will take over from him.During a stint of over 21 years,Ratan Tata saw the Group becoming a real multinational with more than 65 percent of revenue coming from overseas operations.