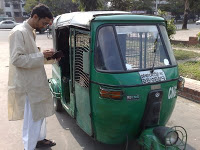 One person was arrested in this connection.”This man has confessed that the explosives were meant to be delivered to the Maoists”,said Latehar SP Kranthi Kumar.