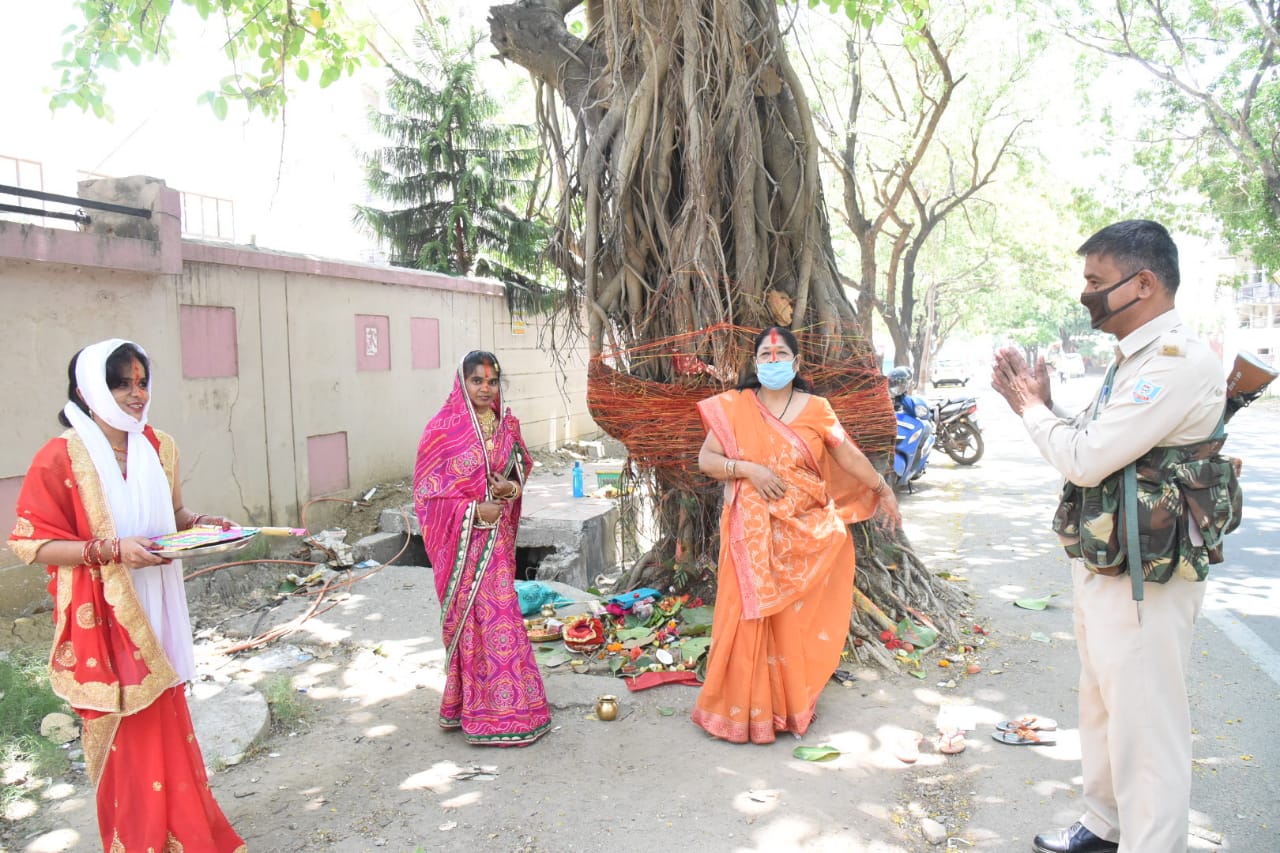 At 9 pm on Friday, the banyan tree of the Harmu Maidan, Ranchi, was encircled by red coloured cotton threads. A married woman wearing a mask stands under it happily with her two unmarried sisters while an armed cop takes a photograph.

At a time when corona lock down-4 was in force, the Vat Savitri Varat Puja, a part of the annual festival, was performed by her like millions of married Hindu women in North India including Ranchi

Most of them were spotted wearing masks. They observed fast and recalled the legendary act of a married Hindu woman and her determination, love and regards for her husband, and thereby pray for their own husband's well being.

Incidentally, while the lock down-4 continued to prevent the spread of Corona, many Savitri's worshippers who prayed for the well being of their husbands under banyan trees, were spotted wearing masks."This is for the first time, they wore masks and offered prayers", said Mohan Pandey, a priest.

As per the legend, a childless Royal couple Aswapati and Malavi worshipped Lord Savitra to seek his blessings only to get blessed with a daughter -Savitri,

She grew up to be a beautiful woman and was given the liberty to marry a man of her choice. She chose the best man but he was short-lived. She married him. Three days later, he falls on Savitri's lap while dying. Lord Yama emerges to take his soul. Savitri's stops him and appreciates him for upholding Dharma. Impressed by her, Yama asks for anything but for the life of Satyavan.

Significantly enough, watching these married women in mask performing Savitri puja under banyan tree in the corona lockdown time, the cop was overwhelmed. So much so that he took her picture.

The unprecedented sight was captured by www.jharkhandstatenews.com photojournalist Manoj Srivastava.