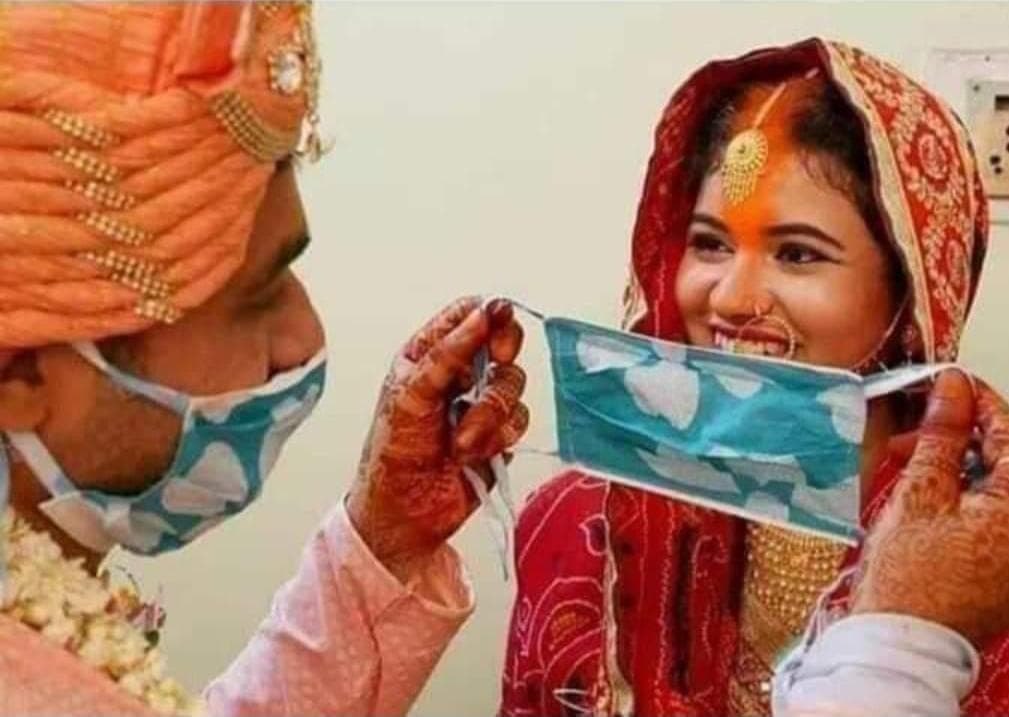 Soon after marriage rituals are performed and the Hindu couple gets married, the husband in a bluish mask offering another bluish mask to wife shows this viral picture on the WhatsApp platform.

As the Lockdown-4 is to end on May 1, a note circulating in files of the Jharkhand police confirmed a steep rise in crime rate in the capital city of the state.

The note(also a set of xerox copies carrying newspaper reports) admits a sudden rise in crime in Doranda.

1.Sunday.Nineteen-year-old Faisal Qureshi was shot at in Qureshi Mohalla in Doranda. The bullet hit his neck. He survived though undergoing treatment at RIMS hospital. The shooter who was identified as Zilani Quereshi is absconding.

2.Friday.The driver (who's name not known )of a branded company- Packers and Movers- was shot dead in Dumardaga Mohalla under Sadar police station area. The killer was yet to be identified.

3.Thursday.A tribal boy Vinod Oraon was thrashed. So much that he suffered a fracture in his hand. Oraon is undergoing treatment at RIMS hospital.

Notably,www.jharkhandstatenews.com had anticipated a rise in incidents of crime in Coronavirus post-Lockdown phase in its story last week and sought to activate the state administration and the police to take preventive measures to contain it.

Unfortunately, no such move was made by the police to date. Are honorable police heads listening?