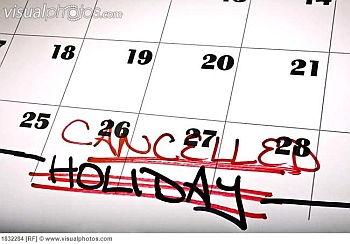 The decision of the state government to keep its offices open on Holi and Good Friday has left its staff cribbing.

“This time the festival has no meaning for us”,laments Sudhakar Singh,a peon.Singh’s sentiments are symptomatic of a general opinion among 5.5 lakh staff of the state government in Jharkhand currently under the President’s Rule.

As per the calendar of the state government,five days between March 24 and March 31 were holidays.March 24 is Sunday.On March 26-27 are holidays on the occasion of Holi festival.The Good Friday is on March 29 and March 31 is Sunday.

Since the financial year ends on March 31 and many departments had to utilize the funds allocated to them by the annual budget,the head of the departments,secretaries and principal secretaries had to dispose off the files before the new financial year begins.This had prompted the state government to cancel these holidays and declare them as working days.