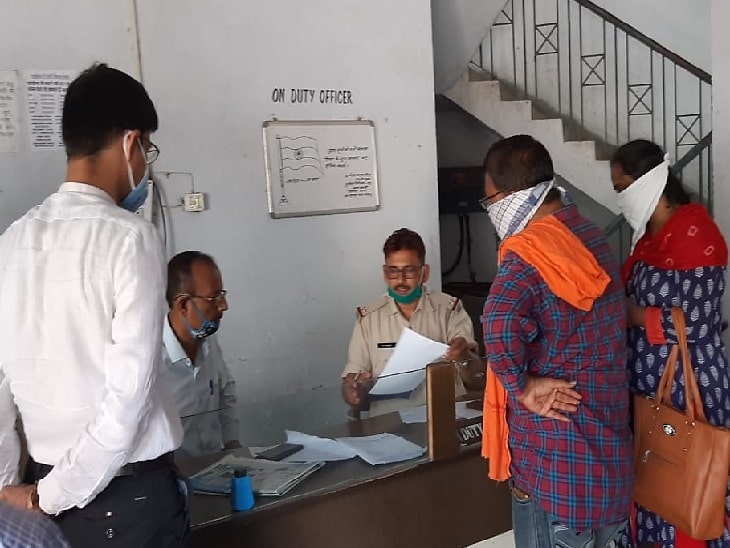 *Picture shows relatives inside the police station in Jamshedpur.

Murder or suicide? This question appears to be in the center of an investigation into the recovery of 35-year old Kuldip Kacchap's body from the toilet of his own flat in Jamshedpur.

"We are trying to collect evidence", said a senior police officer in Jamshedpur.

Kuldip Kacchap, who was Loan Section Manager of the SBI Bistupur branch, was staying alone in the flat. His body was spotted on Saturday morning by his maid who informed neighbours. Next, the police were contacted.

Soon, the police reached the site and 'unnatural death case was registered. Kuldip Kacchap stayed alone in Sonari based Golden Town Flat no-41. His wife Sarita Toppo is an employee of the SBI in Ranchi.

Kacchap has left behind his wife and two children-one about four months old and another six-year old. They were informed about his death, said the police.

The police had recovered bottles of liquor from inside the flat. Also there was a sign of vomiting on his bed, said the police. The body was sent for post mortem.

Asked what is suspected to be the cause of his death, the police said: "The death appears to be the result of excessive consumption of liquor."