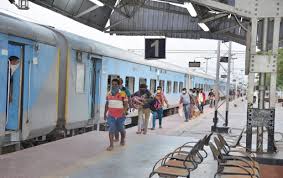 They returned home. Now, they are returning to their workplace including Leh and Ladakh with higher wages, health insurance, ID cards and so on, thanks to Jharkhand CM Hemant Soren.

The Border Roads Organisation will recruit afresh 12,000 workers from Jharkhand. The first batch of 1,500 workers leaves Dumka by train on Friday.

As per the norm formulated by the state government, every migrant worker will be registered by the state labour department and ID cards issued. Even Help Line is being created to record their grievances if any.

The aim of this new norm is to eliminate middlemen. In fact, the resumption in recruitment marks the end of a phase when Hemant Soren government had blocked permission to BRO for hiring workers from Santhal Pargana for its projects in Ladakh, Kashmir, Uttarakhand and Himachal Pradesh.

The permission was rolled back, citing the possibility of extension of the fourth phase of lockdown.www.jharkhandstatenews.com has learnt that the decision was taken after Soren had met the stranded workers at the Birsa Munda Airport on their arrival from Leh on May 29 and learned about the problems they faced there.

“National security is our priority and at the same time we have prioritized that the honour, dignity, and the rights of our workers are guaranteed while serving the nation,” Hemant had tweeted then.

A team of officers led by Chief Secretary Sukhdev Singh took up the matter with the BRO. In turn, BRO agreed to give full benefits to the workers and also comply with conditions laid down in the Inter-state Migrant Workmen Act 1979 and the Workmen Compensation Act 1923.

These workers will now get around 20 per cent hike in their wages besides medical facilities, clothing, travel allowances, security at workplace and housing facility.