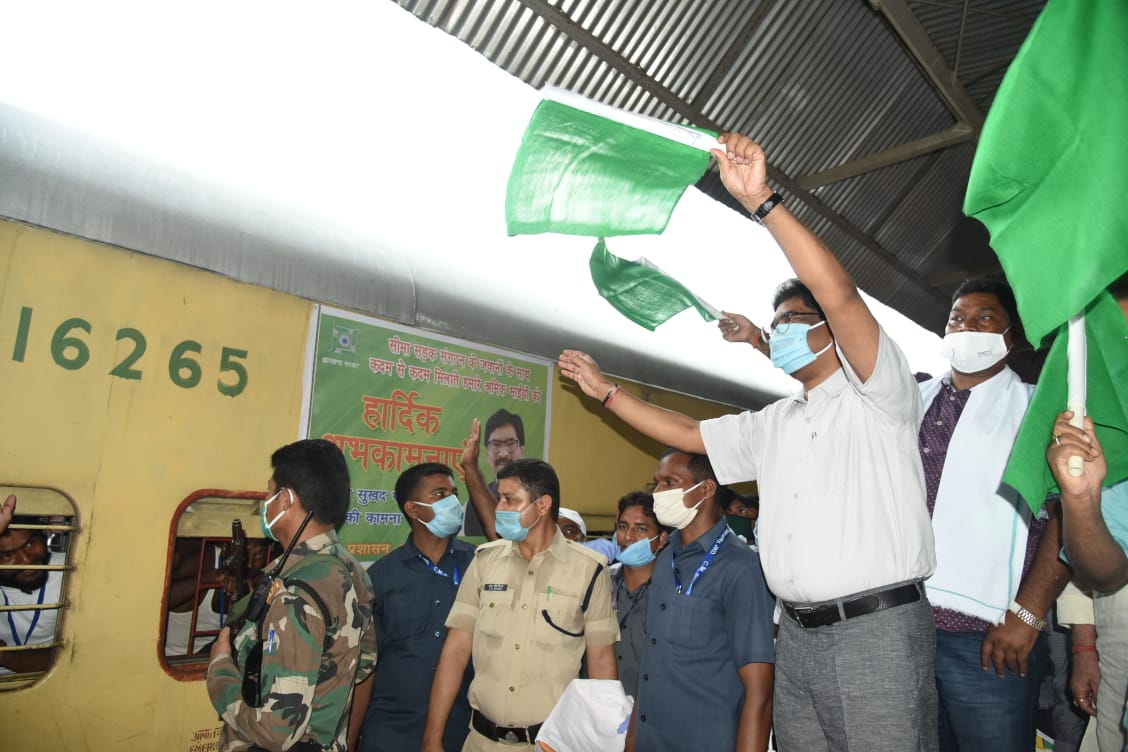 The train was scheduled to leave Dumka railway station on Friday afternoon. However, it got cancelled due to bad weather.

Today, the special train left Dumka with 1500 workers for BRO projects. Prior to the event connected with flagging off the train at the railway station in Dumka, located nearly 300 kilometres from Ranchi, representatives of the Jharkhand government's labour department and the BRO had signed Terms of Reference ensuring healthy working conditions for tribal workers of the state.

As it is, Soren government on Monday had given its consent to BRO for recruiting over 11,800 workers from the tribal-state provided it registers as an employer under the Interstate Migrant Workmen Act and does away with third party agencies and individuals recruiting on behalf of BRO. The Terms of Reference signed today incorporates this fact.

The Soren government's move has evoked a positive response in favour of the CM from among the workers.

"Today I felt honoured when (the CM) Hemant Soren ji handed over an ID card to me.It gives us the feeling that we have a government which bothers for us and feels for us", giggled Sudhanath Marandi, a worker, echoing the sentiments of six of his colleagues who talked to www.jharkhandstatenews.com before boarding the train for BRO project in Leh-Ladakh.