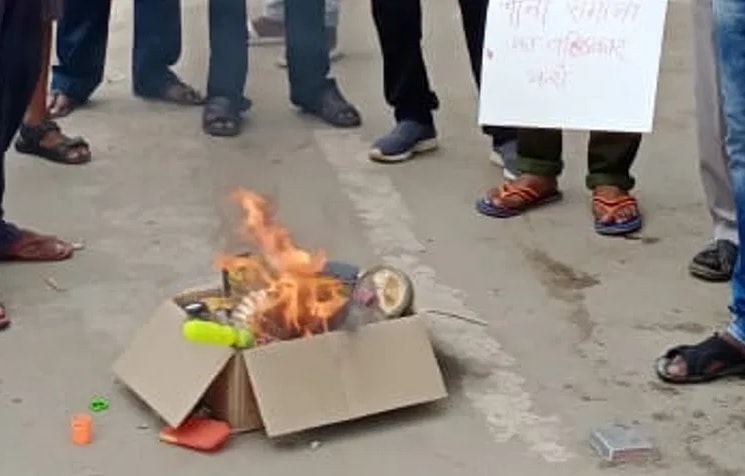 *Picture shows made in China mobile phones being burnt by villagers in Badkagaon block in Hazaribagh district of Jharkhand on June 29,2020.

After the killing of 20 army personnel of the Bihar Regiment in Ladakh by the Chinese army on June 15 night, anti-China sentiments were spreading like a wildfire across the country. Now, the protest has traveled from urban to rural belts as well.

This was evident on Saturday when villagers of Badkagaon block of Hazaribagh district burnt Made in China products such as mobile phones-Vivo and Oppo.

In a meeting held in the middle of the road, they yelled slogans against China and prayed for peace of the departed souls of the martyred soldiers of the Bihar Regiment.

Also, they took an oath not to purchase made in China products in the future.

In between their anti-China protest lasting for an hour, they kept silence for the departed souls of these 20 army personnel and paid tributes to them.