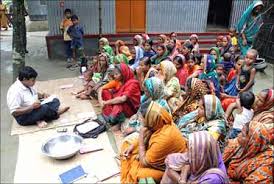 Believe it or not, the state government led by Chief Minister Hemant Soren is planning to launch a synonym of MNREGA in urban Jharkhand.

As it is, the Mahatma Gandhi Rural Employment Guarantee Act is meant for rural unemployed people. Now, the Soren government plans to introduce Mukhyamantri Shramik Yojna for the urban poor.

The Mukhyamantri Shramik Yojna plans to offer a job guarantee for 100 days of work in a financial year for urban unskilled labourers. The new scheme would have a provision to pay an unemployment allowance if the state fails to provide 100 days of work.

In fact, two months back in April this year, Odisha Government led by Chief Minister Naveen Patnaik had launched an employment scheme for the urban poor. The Soren government is expected to adopt it in Jharkhand soon.