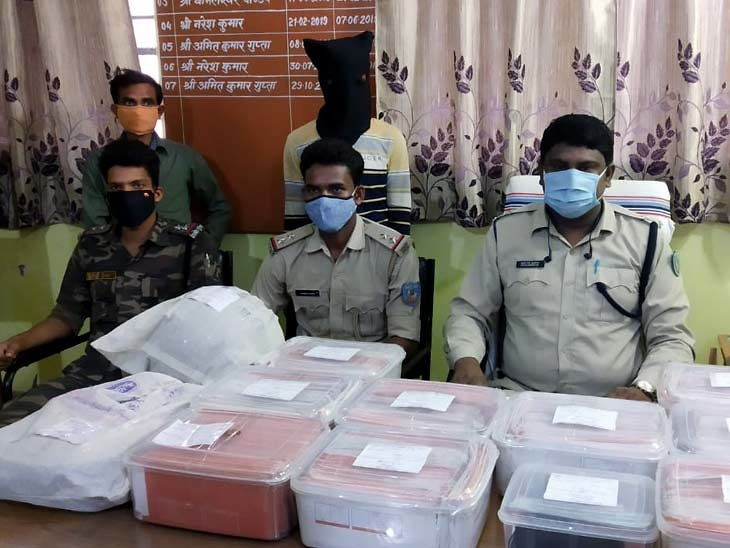 *Seen in the picture are cops including Amit Kumar Gupta(third from left) with seized ATM cards and cash at sadar police station in Latehar district of Jharkhand.

The police have arrested a man on charges of committing theft of 608 ATM cards with passwords.The crime was committed from inside the so called  Bank of Baroda's Bank's Common Service Point(CSP) located at Tarwadih panchayat in Latehar.

Investigations revealed that on June 15,Md.Abbas Ansari had lodged a complaint saying Rs 29,000 was withdrawn from his Bank of Baroda account under Pradhan Mantri Aawas Yojna.The CCTV footage showed Mojibril Ansari withdrawing the cash from bank of Baroda ATM as he had acquired Abbas's pass word too.

This was not an isolated case.Mojibril indulged in crime by winning confidence of ATM Account holders and withdrawing money from their bank accounts.Most of them were poor villagers.

"The accused was involved in other such fraudulent activities.As many as 70 persons had suffered from his criminal ",said  Gupta.