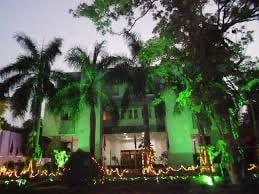 Chief Minister Hemant Soren who held a meeting with the departmental officials in the state secretariat on Thursday has directed them to start the process to acquire Ranchi Ashok Bihar Hotel in Doranda.

Ashok hotel has been lying shut for the last three years. The CM also directed to start the process of purchase of the entire shareholding of the Ranchi Ashok Bihar Hotel.

Pooja Singhal, Secretary, Department of Tourism, informed that currently the Indian Tourism Development Corporation (ITDC) and Bihar Tourism jointly hold 87.75 percent share while the state government has only 12.25 percent share in this hotel.

All business activities of the Ranchi Ashok Bihar Hotel in Doranda have been closed since March 2018. The hotel is built on 2.70 acres of land. The hotel was started on 12 January 1987.