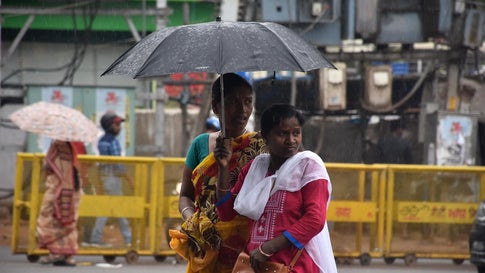 *All images for representational purpose only

Jharkhand witnessed heavy rains on Saturday when the Met Department predicted lightning and rains in the coming five days.

While the rain continued, the monsoon has maintained its normal outcome. The maximum rain measuring 47.4 MM was recorded in Daltongunj. This is a record of sorts in the past few years.

As per the Met Department study, the low-pressure system in the Bay of Bengal with moisture has enabled the possibility of normal rainfall in the coming days.

Due to continued heavy rain during the past two days in Harihargunj area of Palamau, the water level of the Bataney river had increased, creating a flood-like scene. As a result, the equipment used for the construction of the bridge on Araruwa -Turi was reportedly damaged.The construction work had come to a halt.