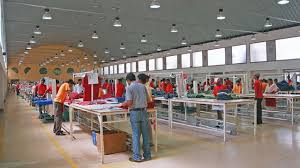 From lockdown to the unlocking phase of Corona, a U-turn is noticeable in Jharkhand where labour was in great demand.

Though in this season of monsoon, farmers were busy with paddy cultivation work across the state. This had raised the demand for workers in the rural belt.

In urban belt, after Border Road Organisation mobilised labour for road construction in Leh and Ladakh areas and sent many of them to these places early this month, other mega-companies were learnt to be in search of labour in this state.

Among these companies were LNT and SIS. They seem to be yelling-lets hire more so that we produce more. With this message, they had approached the state government led by Chief Minister Hemant Soren and demanded 20,000 workers.

In separate letters addressed to the state labour department, these companies have sought 'high skilled','skilled' and 'semi-skilled' workers.