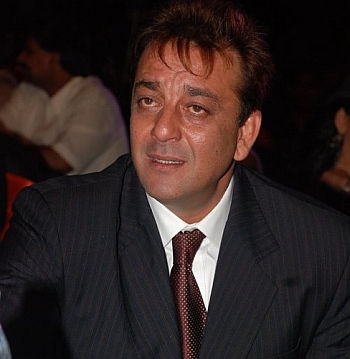 A day after he was convicted and sentenced to five year jail term by the Supreme Court,Bollywood star Sanjay Dutt seems to have become a hot potato for the Congress leaders.Many of them may work from behind the scenes to get him out of the woods.

Subsequently, Law Minister Aswini Kumar said “Governor will use his discretionary power when there will be an appeal to him. He has the power to pardon. We should not comment on it.” Then,Information and Broadcasting Minister Manish Tewari said the authorities will take cognisance of the matter at the appropriate level.

Amid the hue and cry of the politicians,there was law and its process that Dutt had to follow.As per the same,Dutt had three options.

One,he files a review petition in the Supreme Court.If he ideed did so,the same Bench of the apex court has to hear the case.

In case,the Bench rejects the review petition,Dutt can again file Curative petition in the Supreme Court.The three judge Bench will hear his case and judge the pros and cons and also find if there were any ‘defect’ in the judgement that was needed to be ‘cured’,deleted.

At the same time,since the ‘crime’is the state subject,Governor of Maharashtra under Article 161 can excercise his power in relation to any person convicted of an offence against any law relating to a matter to which the executive power of his state extends.

But since Dutt was convicted under provisions of Central government’s Terroist and Disruptive Act(TADA),which does not fall under the purview of the executive power of the state and as such,the Governor has no authority to pardon him.

”If Dutt approaches him for pardon,Govenor can only forward his submissions to the President who in turn can pardon him.But this will be unprecedented move in the history of Indian judiciary”,observed Jharkhand High Court’s eminent lawyer Rajiv Kumar Sinha.