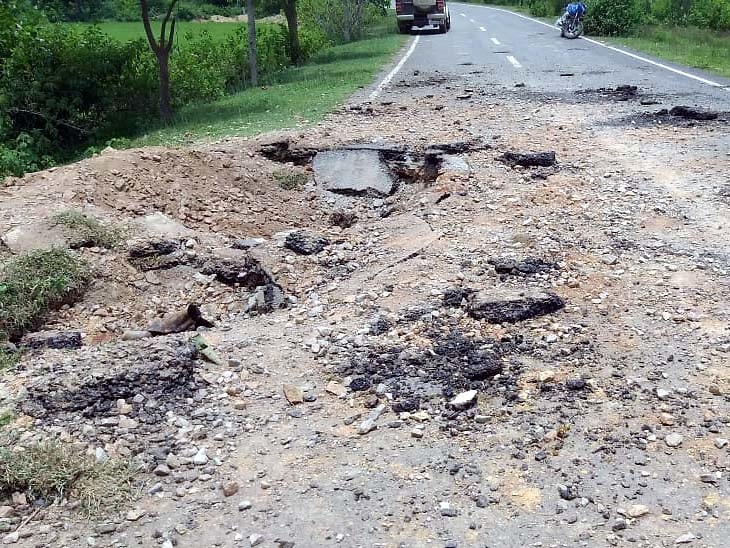 Naxals have struck again. This time by blasting a bomb and blocking the road at Barkela under Khuntpani block in Jharkhand’s tribal-dominated West Singhbhum district, barely 12 km from headquarter town Chaibasa on Monday.

“The road is badly damaged”, said the police.No arrest was made so far. The Naxals had used Cylinder bomb.

On Saturday, the Naxals had entered into the Forest Range Officer’s office located at Barkela forest,4 km from the site where the bomb was exploded by them today. As many as 12 buildings of the forest department were damaged in the bomb explosion. In addition,13 small and big vehicles were burnt.

Investigations by the police revealed that the Naxals had used Cylinder bomb to launch an attack on the security forces. To do so, they had linked the Cylinder bomb placed inside the earth's surface with 200 metre long wire.

The police said, the Naxals led by Misir Besra had first taken three-four forest staff under their custody, beat them up and indulged in violent action for almost five hours on Saturday night.Besra alias Sunirmal alias Bhaskar carries an award of Rs one crore on his head.