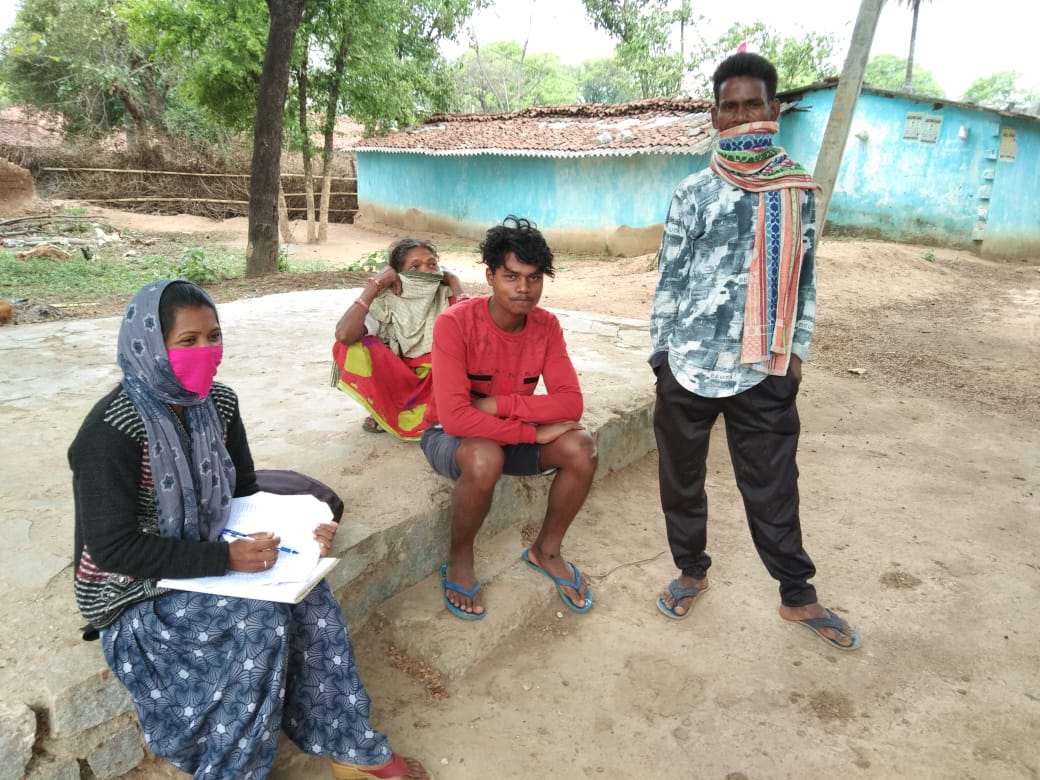 After lakhs of migrants returned to the state due to the Covid-19 outbreak, the Rural Development Department has conducted a survey, collecting vital information of their skill, interest and other details through Mission Saksham Mobile App.

So far, a database of about 4.56 lakh migrant Labourers has been prepared through the Mission Saksham Survey. The survey data show  37.2 percent of the total migrants were interested in farming and are willing to start agriculture-based livelihood, while 13.8 percent of the migrants have expressed their desire to engage themselves in animal husbandry.

In the wake of Coronavirus, financial assistance was also extended to millions of families of the rural areas through Sakhi Mandal directly under the National Rural Livelihood Mission.

Recently, an amount of Rs. 75 crore was made available as a cyclic fund to 50 thousand Sakhi Mandals of the state by the Chief Minister.

As of now, 80 thousand Sakhi Mandals have been provided Rs. 120 crore as a cyclic fund. It has benefited about 10 lakh families in the state. This appears to be a positive step in the direction of livelihood promotion in rural areas.

On the direction of Aradhana Patnaik, Secretary, Department of Rural Development, those migrants who want to join the agriculture, animal husbandry and other subsidiary sectors for self-employment are being linked with the National Rural Livelihoods Mission to provide immediate relief.

In this series, the willing migrants are being linked to farming activities under which seeds have been made available to them to ensure a better livelihood for them. Paddy, Arhar, Maize, Millet, Urad, Moong, Groundnut including seeds distribution and kitchen guard kits are being made available to Sakhi Mandal in the state.

Families of the migrants are also included in this. About 4370.49 quintal seed distribution of the above products has been ensured across the state so that the livelihood empowerment initiative through farming continues smoothly in this rainy season.

Amidst Covid-19 outbreak, the Sakhi Mandal is playing an important role in the sustenance of their families in different areas of the state.

Vijay Bhuiya, a migrant from Narayanpur in Pratappur block of Chatra, used to work as an auto driver in Ranchi. His wife Kavita Devi fulfilled her husband's dream of buying an auto rickshaw by taking a loan from a credit linkage through Durga Aajeevika Sakhi Mandal when he lost his job due to lockdown.

Today he is self- reliant and is driving an auto in his hometown. Janki Mandal of Pakur is also doing the work of selling vegetables by taking a loan from Sakhi Mandal. Also, Sunil Mandal, who has returned from Kolkata, is helping his wife Janki in taking this work forward and running her house.

In this hour of pandemic, thousands of women like Kavita and Janki are not only taking care of their families by connecting themselves with small jobs and self-employment through Sakhi Mandal but also taking their families on the path of self-reliance.