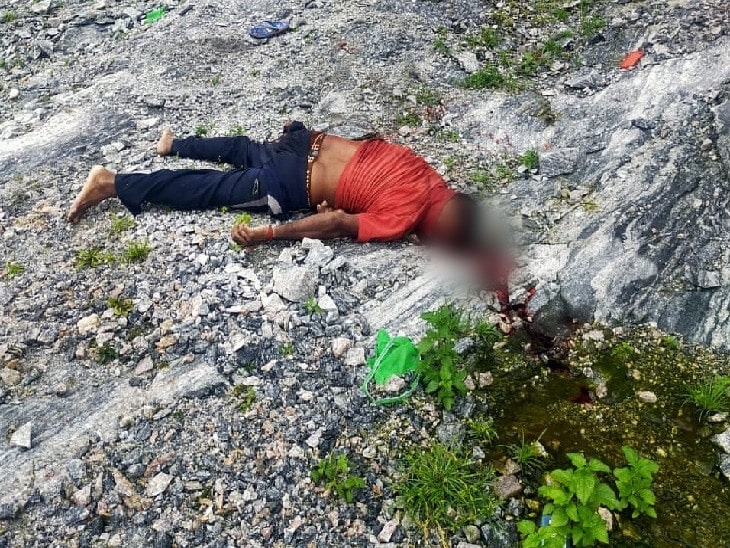 *Picture shows stone hit body of ASI Kameshwar Ravidas of Tupudana police station in Ranchi. The body was found near stones, each carried blood spots, indicating he was stoned to death.

In a sensational case, Assistant Sub Inspector Kameshwar Ravidas who was deployed as a security guard of Lalu Prasad Yadav was murdered.

Posted atTupudana Police station in Ranchi, Ravidas was murdered and his body was thrown.

After the local residents found the body, they informed the police. Soon, SSP Vineet Kumar led the police team has reached the site and sent the body for post mortem.