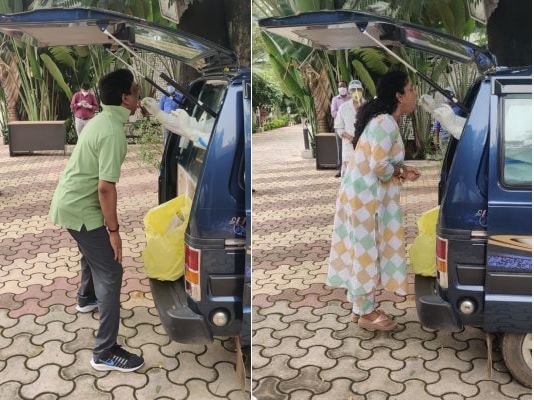 *Pictures show swab being collected from the CM Hemant Soren and his wife Kalpana Soren inside CM’s residence in Ranchi on Tuesday.

After 16 staff of the Chief Minister’s office had tested positive, Chief Minister Hemant Soren and his wife Kalpana Soren were in the spot.

Sorens decided to get themselves together with other staff tested again today.

So each of them stood for the testing inside their official residence in Ranchi on Tuesday. Testing for COVID-19 involves inserting a 6-inch long swab(like a long Q-tip) into the cavity between the nose and mouth for 15- seconds and rotating it several times.

The swabbing is then repeated on the other side of the nose to make sure enough material is collected. The swab is then inserted into a container and sent to a lab for testing.

This is exactly what happened in the CMO where swab of all its staff and Hemant and Kalpana were collected and sent to RIMS hospital for testing. The report is awaited.