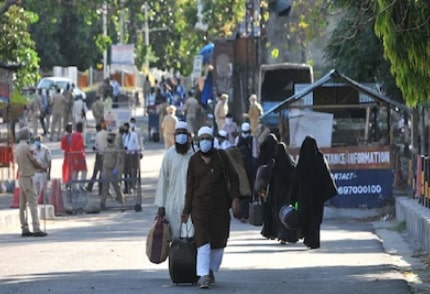 A number of steps taken by the Union Home Ministry led by Minister Amit Shah has brought a sea change in J&K.

Following are the reforms worth reading.

2. All Perks/Facilities Withdrawn From Omar Abdullah and Mehbooba.

5. Competent Authority Empowered To Take Suo Moto Notice And Evict Encroachers From Properties Hindus Left Behind In Kashmir In 1990.

6. Kashmir Lost Control Over All Golf And Other Clubs In J&K.

7. Role Of Kashmir (CM) In University Affairs Reduced To Zero.

8. Legal Protection Granted To Anti-Nationals In J&K 42 Years Ago revoked
Now, Those Facing Public Safety Act, 1978, Can Be Put In Any Jail Outside J&K.

9. No Secretariat Move for Now From Jammu To Kashmir Or Secretariat Will Continue To Function In Jammu.

10. All facilities were withdrawn from all ex CM’s including Farooq, Omar, Azad, Mehbooba including accommodation and vehicles.

11. All Universities now directly controlled by New Delhi and curriculum in these universities to be modified away from being Kashmir centric.

12. Hindu shrines were always controlled by the Dharmath Trust or respective Shrine Boards. Now, these boards report directly to the Home Ministry. But that is not all. Now even J&K Waqf Board (Auqaf) has been taken over by New Delhi and all its assets, which till now were created by contributors and niyaz from Kashmiri Muslims, have been taken over by New Delhi and will be controlled by them.

13. New Delhi has empowered local administration to evict locals from properties they might have purchased from Pandits. Sale deeds could be nullified.

14. Not only golf courses but all forest lands and tourist development authorities are now directly controlled by New Delhi. They can issue, allot, lease, or provide prime land and facilities to anybody from India now.

15. J&K CM has been reduced to number 15 on the Warrant of Precedence from earlier

16. All nominations of J&K CM from University boards or Waqf boards have been removed.

17. All Kashmiri IAS officers have been posted in less important positions, while non-local officials are running the administration from Jammu.

18. Land banks of thousands of canals have been indefinite and earmarked in different districts of Kashmir to be allotted to non-state subjects in the name of ‘investment and industry’.

No wonder why Home Minister Amit Shah has been so quiet even as he was fighting Corona in Delhi.