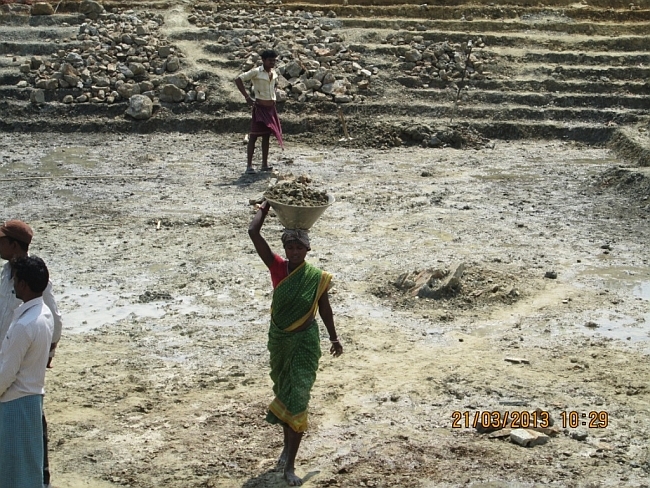 Pics below show Potka villages and the on going development works

The Government of India’s ‘Special Central Assistance’ under the Tribal Sub Plan is bening used in six villages falling under Potka block near Jamshedpur in East Singhbhum district.

A report said 15 ponds and one check dam are under construction.The fund was being deposited in the account of the Potka’s Gram Sabha.In addition,the plan is to construct community hall in these six vilages.Each is planned to be named as Udhmita Bhawan.

“In each of these bhawans,the villagers will be engaged in income generating schemes”,claims an e mail sent by ‘Vinay Ranjan Saraswati’ .