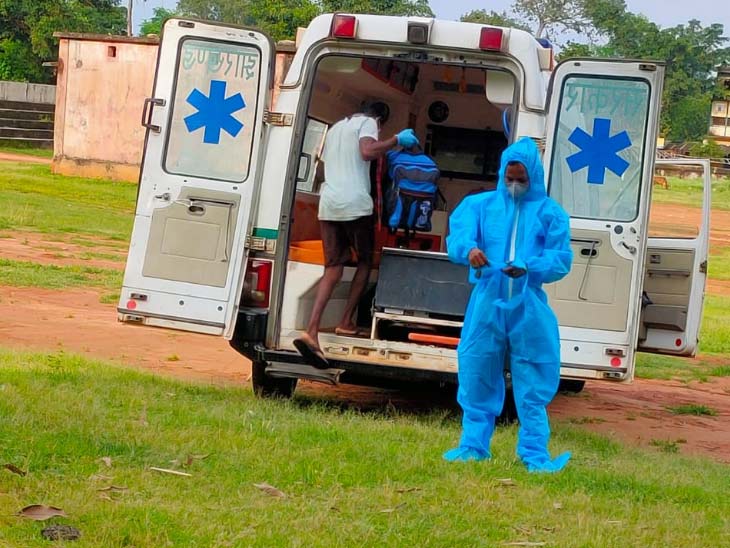 Two more deaths occurred in the state last night. Among them, there is one 55-year old resident of Garhwa. This patient was suffering from multiple diseases connected with kidney and sugar.

After he tested COVID-19 positive he was shifted to COVID ward in Sadar hospital, Garhwa on Wednesday night. Soon, in view of his serious health condition, he was referred to RIMS hospital, Ranchi where he, before treatment started, was reported dead.

The second deceased patient was from Aurangabad in Bihar. He was 81-year old. He was admitted at the RIMS Hospital, Ranchi's COVID-19 Ward on Wednesday night. He was suffering from brain and heart ailments, it is learnt.

If official records are of any indication,1057 COVID-19 positive patients were found during the past 24-hours. Among them, as many as 14 had died: 3 in Ranchi, one in Simdega, six in East Singhbhum, one in Giridih, one in Khunti, one in Dhanbad and one in Chaibasa.

Alongside this, the number of COVID-19 positive cases had gone up to 15262. Also,5826 patients had recovered and returned home safely.