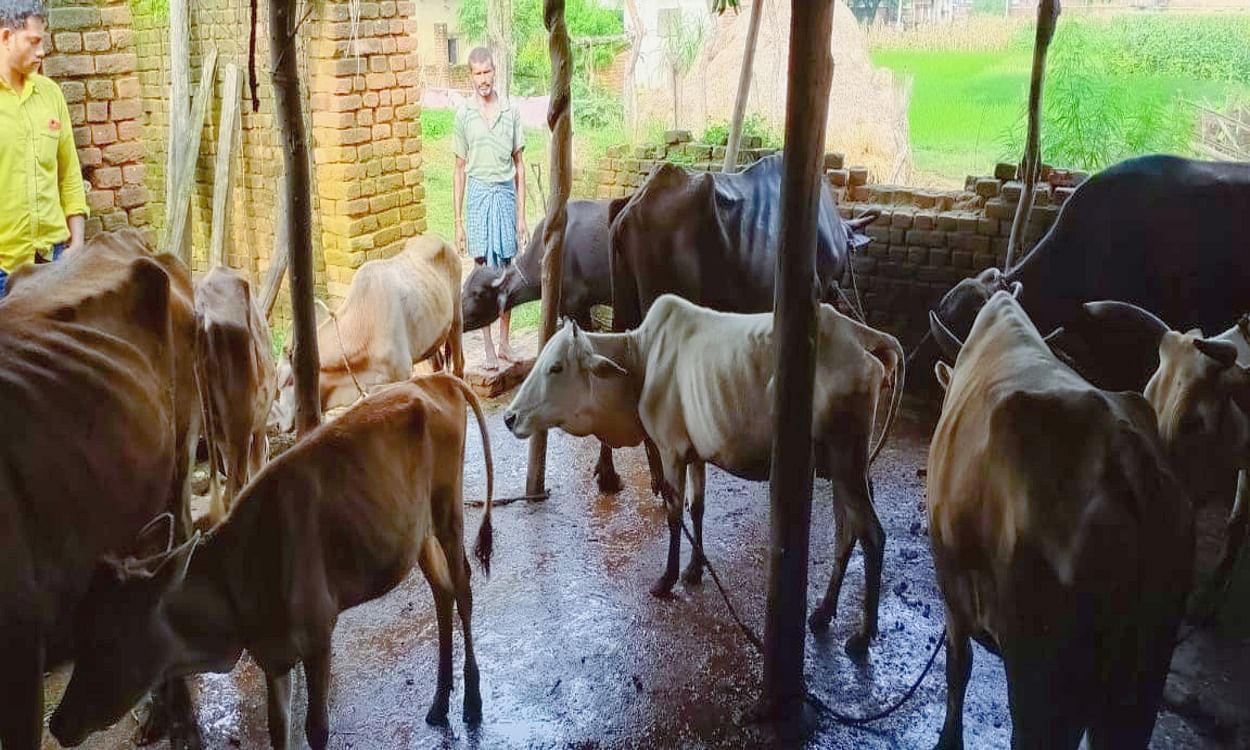 A dozen cows and bulls are locked inside the cowshed at Harlingen village under Badkagaon police station in Hazaribagh district of Jharkhand state.

The cattle, each owned by a farmer Vinod Mahto, is trapped in the cowshed since July 31, 2020,it is learnt.This was mainly because the road lying outside this cowshed was blocked.This had not only stopped movement of cattle but the paralysed supply of their fodder.

“If the fodder is not supplied to the cowshed now, all cows and bulls can starve to death”,cribs Mahto.But why was the road closed?

Today, Vinod Mahto lodged a complaint at Badkagaon police station seeking justice for both the cattle and their own mobility.”We have been using this road for long.Now,with a boundary wall being built by them, cowshed is landlocked”, cries Vinod Mahto.

Sadly, the police have preferred to keep quiet.