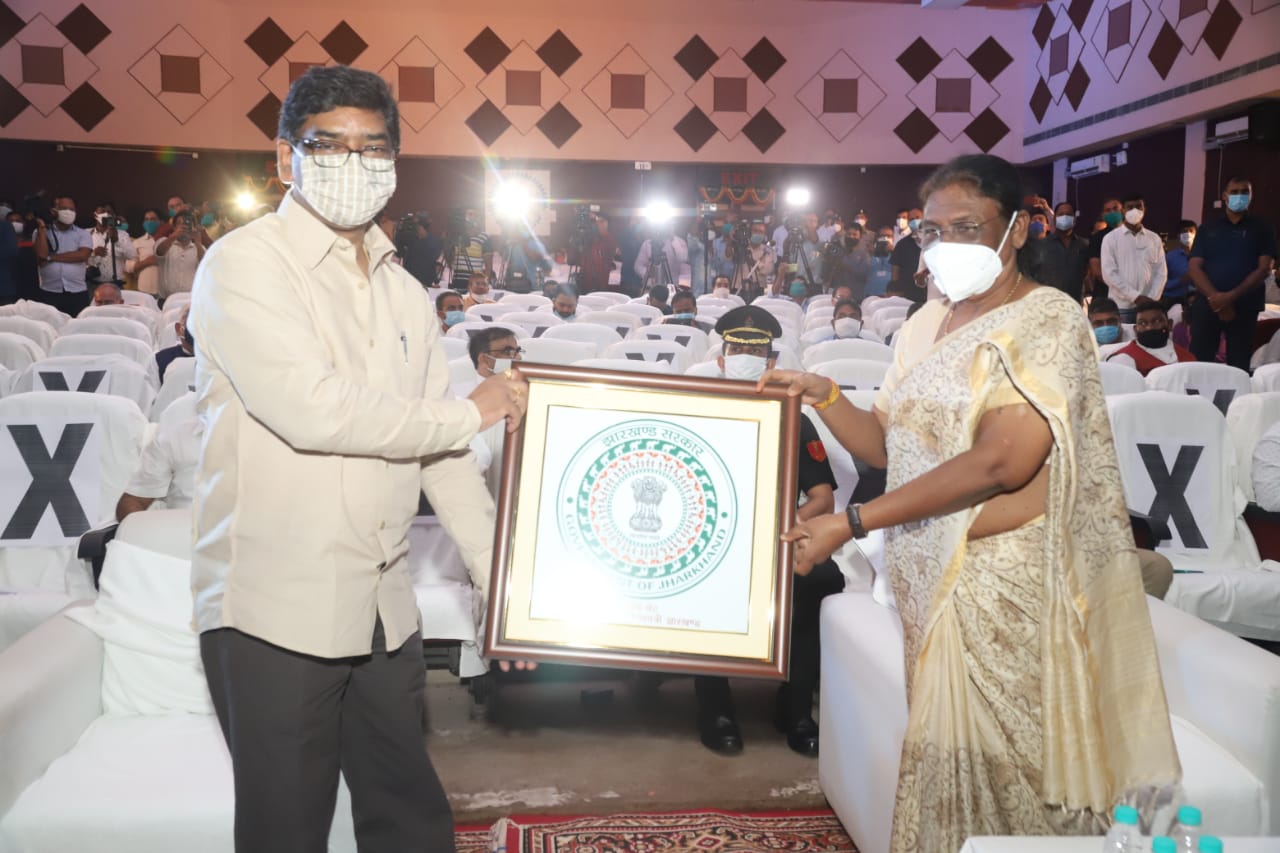 Jharkhand Governor Draupadi Murmu today launched a new logo of the state government. The logo is going to get effective from Independence Day on August 2020.

“The new logo symbolizes tradition and culture of this state”, opined Governor.

The new logo carries a circle of elephants, local festivals, the fire of the forest flowers and in its center stands the government of India’s symbol -Ashok Satambh.

At the top of the logo and it's below ‘Jharkhand Sarkar’ and ‘Government of Jharkhand’ are written.