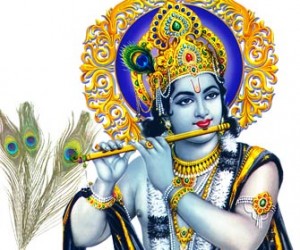 Bright and soothing pictures of two super natural entities-one of Christianity and another of Hinduism -Jesus Christ and Lord Krishna-sharing a platform and Aarti offered to them regularly inside the Yogda Ashram in Ranchi,may confirm secular credentials of the Yogda Satsanga Society(YSS) of India.