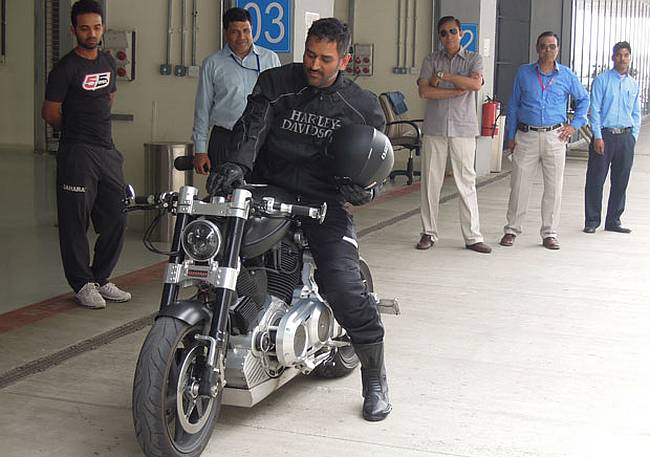 Defeating Australia in the test series 4-0,they had set a record in the history of international cricket.Against this backdrop,Team India captian MS Dhoni today rode his ‘X X132 Hellcat’on the track of the Buddh International Circuit in Greater Noida, country’s only Formula One circuit.

Dhoni,who had bought this ‘X132 Hellcat’ bike last year,rode on the 5.14km long circuit,displaying his passion for bike and high-speed.

Even cricketing star Sachin Tendulkar, who had waved the chequered flag during the inaugural Indian Grand Prix in 2011, took a taxi ride as a BIC official drove him around.Later he drove a sports car.

Dhoni promised to return to the track with a new sports bike.