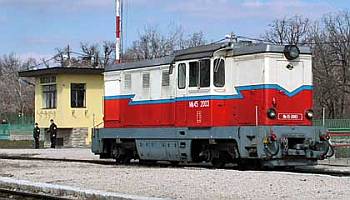 Hazaribagh may figure on the railway map of the country.This conclusion can safely be drawn after a railway engine moved on the newly laid 40 km track between Koderma and Padma,20 km from Hazaribagh,on Saturday.

The trail run of the engine had started from Koderma station.Thousands of people had lined up both sides of the track and at the stations enroute such as Chandwara,Barhi,Chauparan and Padma to catch a glimpse of the train.

Hazaribagh,represented in the Lok Sabha by BJP leader Yashwant Sinha,did not figure in the railway map.Sinha promised to provide rail connectivity to the people of his constituency and in 1998,the then Prime Minister Atal Behari Vajpayee laid the foundation stone of the rail link between Koderma and Hazaribagh and Hazaribagh and Ranchi.

This had generated hope among the people that their land will get the rail connectivity.”My desire is to see the train run in my place of birth before I die”,says 81 year old Ashok Kumar Sinha,a resident of Hazaribagh.