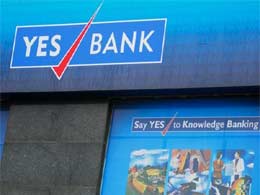 YES BANK is the latest addition to IPL’s list of illustrious partners. Earlier, Pepsi signed up as the Official Title Sponsor, and Vodafone renewed its association with the tourna    ment.

Commenting on this development, Mr. Rana Kapoor, Founder, Managing Director & CEO, YES BANK said, “IPL is the foremost event property in India, which through its vibrant & innovative platform brings together the entire country, irrespective of regional or demographic diversity. We are confident that YES BANK’s association with IPL for 5 years will facilitate our brand recognition, and further propel our pan India Retail Banking franchise. We look forward to deepen our relationship with our stakeholders through various exciting and creative initiatives around the IPL in our Retail branch serving areas across India.”

“Pepsi IPL welcomes YES BANK on board. Our relationship will only get stronger in the weeks and months to come, and we shall together ensure that we deliver a stupendous tournament,” Rajeev Shukla, Chairman, IPL, said.

The Pepsi IPL 2013 will be played from 3 April 2013 to 26 May 2013. A total of 76 matches will be played over a period of seven weeks, at prominent venues across the country. Like its previous five editions, the tournament will feature the world’s eminent cricketers. Playing alongside and against them will be youngsters, who constitute the ‘future of Indian cricket.’

The inaugural edition of the IPL was played in 2008. Rajasthan Royals were the first winners. They were followed by the erstwhile Deccan Chargers (Hyderabad) franchise, who won the 2009 season, which was played in South Africa. Chennai Super Kings won the title in 2010 and 2011, and Kolkata Knight Riders triumphed in 2012. The 2013 season will feature nine teams, including a new franchise – Sunrisers Hyderabad.