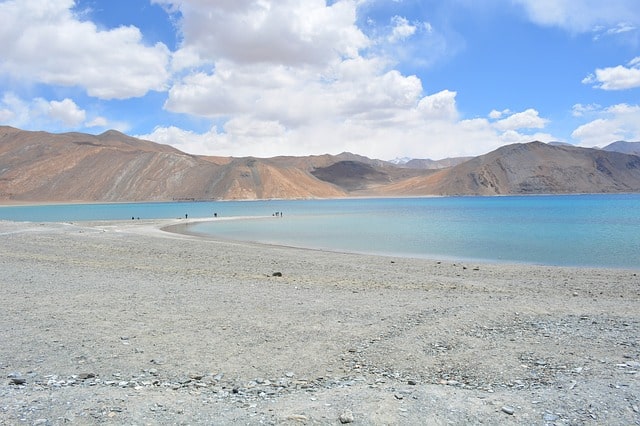 India has started giving hell to China in the inhospitable mountains of Ladakh, by unleashing a force that the People’s Liberation Army truly fears- the mysterious ’22 Establishment’, officially called the Special Frontier Force (SFF).

This top-secret, China-focused Force commonly known as Vikasi, comprises 10,000 soldiers- most of them Tibetan highlanders, who are extremely loyal for their Dalai Lama. For the last 58 years, they have been waiting to fight for their Buddhist homeland of Tibet that is under illegal Chinese occupation and now Prime Minister Modi has given them the go-ahead.

As per latest reports, the SFF took a pre-emptive measure against the Chinese PLA and occupied a dominating position in the Southern Pangong Tso near Thakung on the intervening night of August 29-30.India didn’t only take over the dormant feature on India’s side of the LAC that dominates Southern Pangong Tso, but also pummelled the Chinese troops in the process and snatched the vantage point from Chinese soldiers.

According to The Telegraph, “a retaliatory special operations battalion seized a Chinese camp in the surrounding hills of Pangong Tso Lake in the early hours of Monday morning.”

Reports of SFF deployment turn the tide against China. The PLA troops are in for some trouble, as every Vikasi is a capable paratrooper, mountain-guerrilla warfare specialist and the toughest of soldiers. A former Gurkha Regiment Captain said, “They can survive in any condition… On some winter mornings, I would watch some of them taking chilly water into their mouth, warming it, and then spitting it out to wash their face.”

The Chakrata-based SFF is a truly self-sufficient force serving in the Directorate General of Security (DGS)- a wing of India’s external intelligence agency R&AW. With help from the Aviation Research Centre (ARC)- the air wing of the DGS and superior reconnaissance capabilities, the Tibetan refugees-dominated SFF can conduct covert operations behind Chinese enemy lines at will.

Even in Eastern Ladakh, they gave the PLA a bloody nose despite the Chinese cameras and sensors.The very fact that India has allowed the deployment of the SFF to go public suggests that New Delhi has just one message to give- India hardly cares about what China thinks. Gone are the days when pro-China policymakers in India would desist from taking steps that would ‘annoy China’.

India is least bothered if border infrastructure in Ladakh antagonises China or if the ‘22 Establishment’ instils a sense of fear in the Chinese psyche. In 2016, India had reportedly started rebuilding this dreadful covert commando force. China had then advised India to be cautious, and a Chinese government expert had asked if rebuilding the SFF was a “practical” solution to the border problem.

Now, India has unapologetically told China that it is quite a “practical” solution. And above all, India doesn’t care if New Delhi’s support to the Dalai Lama irks China or if Xi Jinping is worried about Tibet and wants to curb ‘splitism’ in the occupied territory.

If China doesn’t turn to status quo ante in Eastern Ladakh, India will force the real facts on the ground dating back to the pre-1950 era when Tibet was an independent Buddhist nation, because if the SFF can help raise the Mukti Bahini and liberate Bangladesh, it can also free Tibet from Chinese occupation.

China must not lose track of history. In the 1960s, the CIA had helped India organise its intelligence apparatus on American lines and also raise a deadly SFF to position it against China in Tibet, and not Pakistan. Till 1979, the CIA was supporting the Tibetan cause and withdrew only when the US decided to focus energies on the Soviet Union. But things have changed again.

China is the biggest American priority and thus, on Tuesday last, the US Deputy Secretary of State Stephen Biegun said that there will be a Quad ministerial meet in New Delhi.

What will happen If Quad meets in Delhi amidst heightened tensions in Eastern Ladakh? PM Modi is giving poetic justice to the Tibetans. The Vikasi of the SFF haven’t forgotten how Tibet was coerced to become a part of China in 1951 when a Tibetan delegation was made to accede the Buddhist nation into China even without an approval from the Dalai Lama.

Nor have the Tibetan fighters forgotten how the Dalai Lama was insulted in 1959 when Mao Zedong’s PLA forces shelled the Potala Palace. And of course, Tibetans don’t forget thousands of monks who were either murdered by China or driven to immolate themselves.By sending Tibetans on the front-line, India is reminding China that the land it is fighting from is not even Chinese land. India doesn’t even share a proper border with China.

The two Asian giants are separated by a landlocked Tibet spread over 2.5 million square kilometres. Tibet is India’s only Himalayan neighbour on its Eastern side, apart from a small portion of China-occupied Xinjiang. India won’t assess if China’s Ladakh move has a Strait of Malacca link.

China will be made to accept the real geography- an independent Tibet, India’s full sovereignty over entire Ladakh and Kashmir even if it delegitimises the CPEC. China must accept the new Indo-Pacific order. If China wants, it can trust India.

If it doesn’t want to trust India, New Delhi is still fine with it. By letting Tibetans reclaim their Buddhist homeland, India has given an entirely new shape to the Eastern Ladakh standoff that can potentially cripple the Communist State of China.