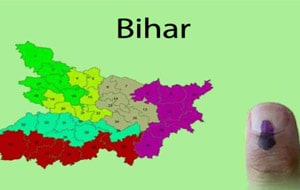 At a time when Bihar CM Nitish Kumar led NDA comprising JD-U, BJP and Loktantrik Janshakti Party is locked in a straight fight with Congress- RJD and the Left in the forthcoming Assembly polls, Patna voters are watching Netas.

Right now the Congress has the upper hand to tie up with RJD whose founder ex Bihar CM Lalu Prasad Yadav is far away in jail in Ranchi and his family is reportedly in grip of a feud between his sons and daughter. The Left parties are not strong either.

All these factors show Nitish-led NDA guided by PM Narendra Modi has an advantage in defeating the divided and weak opposition in Bihar. Yet, the decision of voters of Patna can not be predicted.

In any case, these voters have to decide whom to support and oppose. In Patna, the capital of Bihar, the centre of the electoral battle is located in offices of these political parties. However, few leaders among them can be excepted to know the history of their city- how it has grown.

Here is a slice of history from the pages of Patna. The writer is Moni Bhushan.

Once called Azimabad, named by Azimush Shah, the grandson son of Aurangzeb (1618 – 1707), the city marked two important entry points-- The Paschim Darwaza (in Patna City), and the Purab Darwaza. Scattered bits of history still lies tucked away in oblivion and ignorance of the present-day residents of the city.

The central part of the city which housed important offices and courts, hospitals and the university was the one stretching from Bankipore - Machuatoli.

It merged the official and the residential areas, housing several affluent residents, the intelligentsia, scholars, doctors, judges, govt officials etc. Bankipore, which comprised a small place that was once called Muharrampur, a small thinly populated village and commonly known for growing vegetables became known as Sabzibagh.

Darya Khan, once the governor of Patna developed an area and called it Dariyapur after his name. Langar Baba, an old priest who lived adjacent to Dariyapur, left his mark as a legacy after his death and the place became Langertolli.

Pir Murad or Pir Baba was a great saint who dwelled in premises now occupied by Patna Medical College and who commanded reverence from many people of different communities. The area of Pir Murad became Muradpur, with shops on both sides of the narrow road, in Bankipore.

In the late 1940s, the shops on the north side of the road were demolished to broaden the narrow street of Muradpur. Many shops had lost their sites moved to a nearby new shopping area called Patna Market, established in 1947, on land adjacent to a large housing complex owned by Syed Haider Imam. Patna Market offered a modern concept of shopping and it also became a rendezvous for the town’s elite "dandies".

Pir Bahore another saint who died is the place that is now called Pirbahore, that house the Pirbahore Thana. Hmm!!