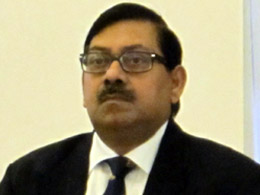 The Chief Minister Arjun Munda is learnt to be inclined to give Choudhary extension for two months and a notification in this regard may come out before he retires on January 31.

The grant of extension was deemed necessary for two main reasons.

One,his successor was not found yet.Two,Munda’s choice number one-Unique Identification Authority of India’s Director General RS Sharma, who had gained world wide acclaim for successfully launching and implementing UIDAI project across India and had the administrative acumen needed to put Jharkhand on   fast-track is on deputation in New Delhi.

If Munda is allowed to stick to his heart and decides to recall Sharma to Jharkhand,the process of transfer of his service from the UIDAI to Jharkhand is going to take some time.Right now,while two senior bureaucrats Sudhir Prasad and AK Sarkar were reportedly in the race to occupy the prestigious post,Sharma,in response to Munda’s preference,is learnt to have agreed to return to Jharkhand.